A top priority for the Legislature should be to repay our state’s K-12 debt, but hardly anyone could have anticipated our opportunity would arrive this soon. 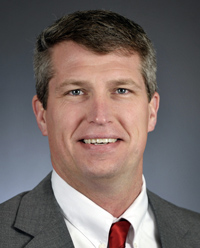 We recently passed bill (H.F. 2083) which not only completely repays the extended K-12 shift enacted last year, but makes strides in repaying the shift we inherited as a new majority in 2010. This is outstanding news and is yet another byproduct of the fiscally responsible budget we constructed last year.

The latest economic forecast shows we have a combined $1.2 billion surplus over the last few months. We already are dedicating $318 million to paying down last year’s K-12 shift. But we still owe our schools $2.4 billion; $400 million from last year’s shift and $2 billion more from 2010.

This bill should receive broad, bipartisan support. People around the Capitol continually say we need to prioritize K-12 funding and square up our borrowing. I agree and now it is time to walk the walk. I encourage my fellow legislators — and Gov. Mark Dayton — to follow through now that we have the means.

It is not appropriate for the state to sit on surplus funds as schools borrow money. Beyond doing what is right for our kids, reducing our long-term debt would help restore our state’s credit ranking, saving taxpayers interest costs associated with state borrowing.

School funding shifts are accounting gimmicks both parties have used to improve the short-term bottom line. State funding is set over a two-year period and, typically, we provide schools with 90 percent of their funding in Year 1 and withhold the remaining 10 percent for Year 2 of the biennium. This allows us flexibility to account for enrollment changes from one year to the next.

Payment shifts are really payment delays and the front-end number has been shrinking. It was down to 73/27 in 2010 and Gov. Dayton proposed a 50/50 shift in last year’s budget negotiations. Reports say that would have been catastrophic for our charter schools, to the point some would have been insolvent. We ultimately settled on a 60/40 shift as part of the solution to erase our $5.1 billion state budget shortfall in 2011.

We will be back to 64/36 when our scheduled $318 million repayment goes on the books. Our new bill would put us even further back on track, with a 70.2/29.8 shift. It is still not where we need to be, but it cleans up our K-12 balance sheet from last year and starts improving the hand we were dealt when the current majority took office.

This plan represents a good day for children in Minnesota. Not only can we fulfill our obligations to their education, but that $50 more per pupil we provided last year remains on the books. We will work to get H.F. 2083 through the Legislature as soon as we can and I urge the governor to enact it when we do.

Kurt Bills, R-Rosemount, is the state representative for District 37B. He is also an economics, politics and government teacher at Rosemount High School.