Race relations have come a long way in this country of ours. Well, at least, I keep telling myself that, and then this happens:

Zimmerman, 28, claimed self-defense, and the responding police officers didn’t arrest him because of Florida’s Stand Your Ground law, which permits deadly force for self-defense. The officers also took Zimmerman at his word and did no tests or background checks on him.

However, Martin, wearing a hooded sweatshirt, was armed only with an iced tea and a bag of Skittles. He was returning from the convenience store where he bought those items for his brother and was headed to his father’s fiance’s home at The Retreat at Twin Lakes, a gated community.

Zimmerman pursued and approached Martin, even though the 911 dispatcher told him not to. The boy, meanwhile, was on the phone to his girlfriend, who advised him to run, so he did.

On one of Zimmerman’s 911 calls to police that night, he muttered something under his breath that some listeners say sounds like a racial slur. It was a word that starts with C. 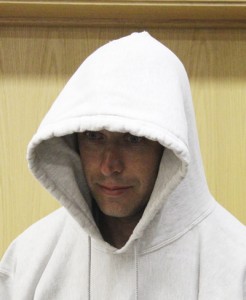 What exactly happened when Zimmerman came up to Martin is not known, but some witnesses said they heard a scuffle, a cry for help and then a gunshot. Zimmerman also suffered a broken nose and an injury to the back of his head.

So now people are debating the following:

• How come Zimmerman was not arrested and charged with a crime?

• Should Zimmerman be charged with a crime, manslaughter at the very least?

• Did the Sanford Police Department bungle the case?

• Does the Sanford Police Department have a history of problematic handling of cases with black people?

• Why would the Stand Your Ground law apply when the shooter is also the aggressor?

There really are too many to list. But the question many Americans have asked is this: What would the police have done if Martin were white and Zimmerman black?

Personally, I cannot understand how the Stand Your Ground law applies. Zimmerman approached Martin, not the other way around. I imagine those sort of laws to apply as defense only, not defense following a botched attempt at offense. Martin had the same right to be inside the gated community of The Retreat at Twin Lakes as Zimmerman did. End of story. Even the bill’s author said on national TV it wasn’t intended to protect aggressors.

But the kid is gone because an overzealous watchman had an itchy trigger finger, a 9 mm handgun and a suspicion. He told the dispatcher: “This guy looks like he’s up to no good or he’s on drugs or something.”

But he was just a black teenage boy with candy wearing a hoodie.

That leads to the bigger question of the lingering racism in this country. Jonathan Capehart of the Washington Post last week wrote a piece that spoke about what all black men know — that they have to go above and beyond everyone else to avoid negative assumptions.

“Never argue with police, but protect your dignity and take pride in humility. When confronted by someone with a badge or a gun, do not flee, fight or put your hands anywhere other than up.

“Please don’t assume, son, that all white people view you as a threat. America is better than that. Suspicion and bitterness can imprison you. But as a black male, you must go above and beyond to show strangers what type of person you really are.”

Racism exists. It might not be overt in the form of Jim Crow laws anymore, but it saddens me greatly that my great country is so backward, too.

I’ve asked many friends and acquaintances — white people — here in Albert Lea whether they are following the Trayvon Martin case. Overwhelmingly, they said they are not. I’m sure they don’t mean anything negative by it, but, in the back of my mind, I sort of wonder whether they get sucked into following national cases with white victims, like the Laci Peterson case in the early 2000s or the Caylee Anthony case in the past couple of years.

Following one and not the other is not racist, I suppose, but it perhaps still is seeing color, rather than content. What they are missing is shaping up to be the largest racial story of our time.