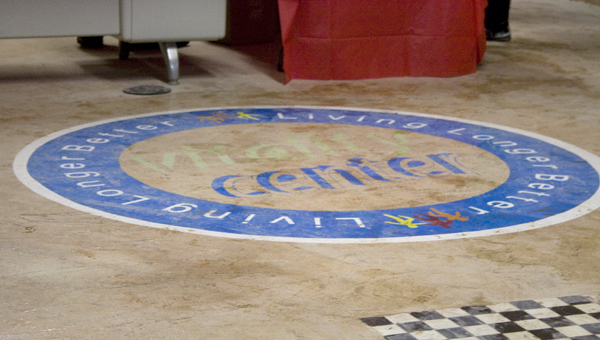 The new National Vitality Center logo greets people as they walk into the center.

Albert Lea city officials are reaching out to find a business or organization interested in utilizing the front third of the National Vitality Center.

The center, on the first floor of 211 S. Broadway Ave., was initiated at the conclusion of the pilot AARP/Blue Zones Vitality Project in October 2009. It is slated to officially open in June.

Albert Lea City Manager Chad Adams said the city is hoping to find an entity that will complement the theme in the center of vitality and healthy living. One example he mentioned was a coffee shop.

The back two-thirds of the center will be used for Vitality Center initiatives and will house activities consistent with the nine elements of longevity seen in the Blue Zones, or areas around the world with the longest-living people.

It will also be a research center and facilitation center toward local, regional and national vitality center initiatives and for the development of concepts related to health.

“I think that having a joint use, where it would be open because of the other activity is very, very positive,” said Albert Lea Community Development Director Bob Graham.

Adams added that the city would like to have public Wi-Fi in the building so people could gather there and use the Internet. Community groups could also work with the city to have events there.

Graham said the space the city is looking to fill in the front of the building is 28-feet wide and 50-feet long.

Details regarding utility payments would be negotiated.

Adams asked that people interested in the space should contact Community Development at City Hall at 377-4316 by March 30.

He said he is excited to see the Vitality Center be closer to opening as it is one of the city-owned facilities that appealed to him when he interviewed to be city manager last year.

A majority of the work inside the building has been completed, other than a little more floor work and painting the ceiling beams, Graham noted.