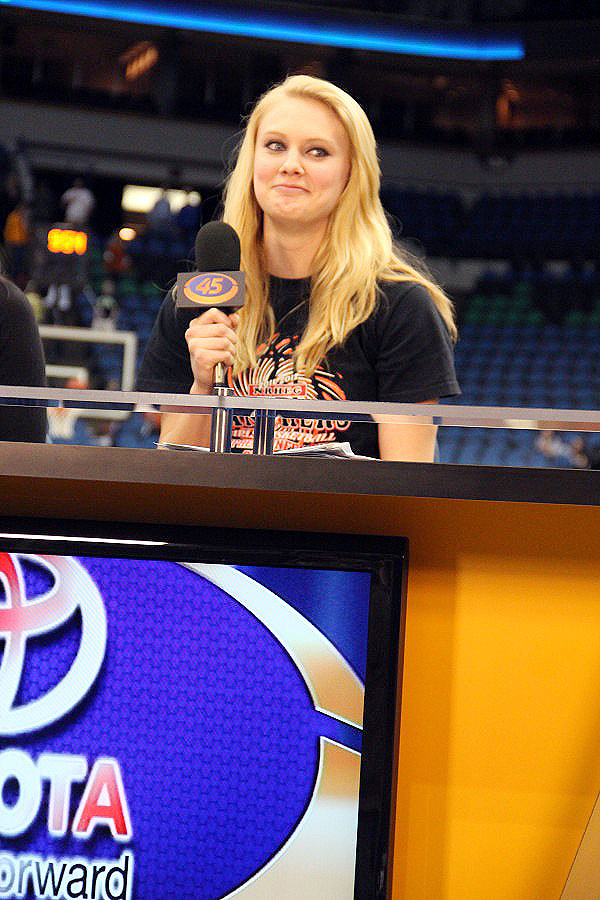 MINNEAPOLIS – When Carlie Wagner kept pouring in points and cutting through Braham’s defense on Wednesday night, while upstaging the most prolific scorer in state history, I couldn’t help but be reminded of another local star whose coming out party was held just a few blocks away from the Target Center three years ago.

It was March 20, 2009, when Albert Lea graduate Ben Woodside scored 37 points in his first game on the national stage in the NCAA Tournament at the Metrodome. Woodside and the 14th-seeded North Dakota State Bison lost to the defending national champion Kansas Jayhawks, but it was during that performance that the senior finally garnered the attention he deserved.

Like Woodside, New Richland-Hartland-Ellendale-Geneva’s Carlie Wagner is a scoring point guard who has a knack for getting to the basket. She plays in New Richland, a small town far away from the bright lights of the Twin Cities, while Woodside played in Fargo, N.D., further north than most sane scouts and media members are willing to drive.

Woodside had some big moments in his career, including leading upsets of Wisconsin and Marquette on the road and scoring 60 points in a triple overtime loss to Stephen F. Austin. But despite being one of the top scorers in Division I, he was unknown to most outside the Midwest.

Throughout this season, Wagner has created a buzz around southern Minnesota, averaging 29 points per game while leading the Panthers to an undefeated regular season and state tournament berth. She has drawn the attention of big-time college coaches, but few north of Owatonna are aware of just how dominant she is.

Both Wagner and Woodside made that clear in the month of March.

Entering the Class 2A quarterfinals against the defending state champion Braham Bombers, Wagner was second fiddle to Rebekah Dahlman and justifiably so. The Bombers’ Dahlman was on the verge of becoming the state’s all-time leading scorer and had just been named the Player of the Year but multiple media outlets.

Dahlman drew first blood in the highly anticipated matchup, knocking down a 3-pointer to cap an 8-0 Bombers run to start the game, but it was Wagner who outshined the tournament’s biggest star. She scored 19 of her team’s first 21 points, and not even Dahlman, who’s considered an elite defender, averaging seven steals per game, could stop the sophomore. She finished three points shy of outscoring the entire Bombers team and four short of tying the tournament’s single-game record.

Woodside’s debut on the big stage also pitted him against a player whose career had received much more recognition in All-American point guard Sherron Collins.

While it came in a loss, Woodside outplayed Collins on national television, scoring 37 points to his opponent’s 32.

During the game, the CBS announcers compared Woodside to the Phoenix Suns’ Steve Nash. Right now, the Internet is buzzing, promoting Wagner as the second coming of former Gophers and now Lynx star Lindsay Whalen. Following the game at the Metrodome, Kansas coach Bill Self called Woodside the best guard the Jayhawks had played all season. Dahlman at the Target Center called Wagner one of the best she’s played in her career.

The two players’ breakthrough performances came on very different stages and times in their careers. Woodside would have loved to play in the state tournament, let alone put on the show Wagner did, and Wagner will be fortunate to emulate Woodside’s success at the Division I level.

But she’ll certainly have the chance.