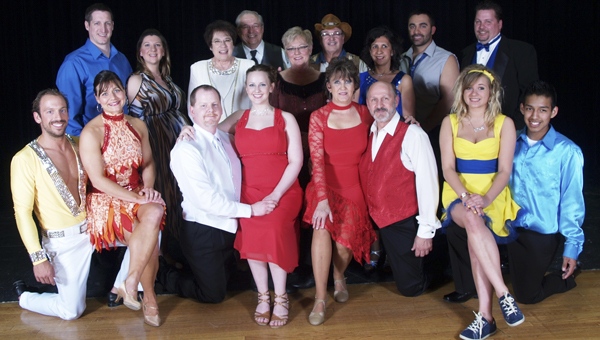 The sixth annual Dancing with the Freeborn County Stars raised almost $35,000, which will be used to support the work of the American Red Cross in Freeborn County. The dance contest took place Saturday at the auditorium of Albert Lea High School.

The Top Fundraisers Award was won by Mary Nelson and LaMar Staloch.

Audience Choice winners were Angie Stadheim and Seth Stadheim dancing the cha-cha. The Star Award, which combines judges’ scores plus the money attendees put in fishbowls at the event, were Mary Nelson and LaMar Staloch.

The sixth annual Dancing with the Freeborn County Stars event was co-chaired by Cathy Porter and Steve Bonine.

“They and their committee did an outstanding job for this community event,” said Elaine Hansen, the executive director of the Freeborn County and Mower County chapters of the American Red Cross.