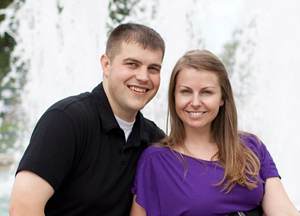 Christopher is the son of Don and Kari Oates of Boscobel, Wis. Grandparents are Dick and Dee Oates and Don and Sharon Wilburn all of Boscobel.

Melissa is a 2001 Albert Lea High School graduate and a 2006 Minnesota State University-Mankato with a business degree. She is employed at Bay State Milling Co. and Castle Realty LLC.

Christopher is a 2002 graduate of Boscobel High School and a 2009 graduate of Winona State University. He is employed with the City of La Crosse Police Department.

A wedding is planned for April 21 in La Crosse, Wis.