By Mary Laeger-Hagemeister, Coming Together

“The immigrants who come to America are generally of the most ignorant stupid sort of their own nation, … Their own clergy have very little influence over the people … Not being used to liberty, they know not how to make a modest use of it … they are not esteemed men till they have shown their manhood by beating their mothers … now they come in droves … Few of their children in the country learn English.” 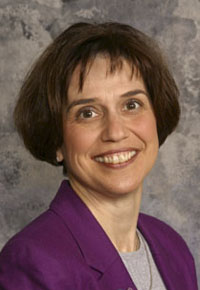 The author is none other than Benjamin Franklin — inventor, diplomat and founder-writing in 1753 about German immigrants to America. Without knowing that, however, some readers might guess that the author was writing in the second half of the 1800s, during the great wave of Chinese immigration, or in the early 1900s, when immigrants from Eastern Europe crowded onto Ellis Island.

Others might guess that it’s a letter to the editor from a current newspaper.

Not only did Franklin make strong anti-immigrant and ethnic statements, he also believed in slavery and firmly believed in ethnic superiority. What is notable about Franklin’s opinions about race and ethnicity is how they evolved over his lifetime, becoming more tolerant and egalitarian as he grew older.

Biographers point to many aspects of Franklin’s life, and the changing social world of which he was a part, to account for this evolution of thought. For example,

• Franklin crossed the Atlantic Ocean eight times and lived abroad for almost a third of his life. Thus, he was exposed to, and worked intimately with, people from various cultures.

• Franklin lived during a great revolution of thought, the Enlightenment, as well as a political revolution of independence, both of which advocated the equality of all people despite conditions of birth (such as bloodline or ownership of land). He corresponded regularly with many of the great social philosophers of his day.

• During his lifetime, Franklin observed the Quakers (the Society of Friends) undergo a gradual, century-long process of discussion about slavery, culminating in 1776, when Philadelphia Quakers prohibited any member of their meeting from owning a slave.

• Franklin had personal encounters that led him to question the truthfulness of the claim that one ethnic group was superior to another. One encounter was his visit to a school where young African children were being taught. In 1763, he wrote, “I was on the whole much pleased, and from what I then saw, have conceived a higher opinion of the natural capacities of the black race, than I had ever before entertained.”

The fact that Benjamin Franklin’s opinions and behaviors evolved over his lifetime means that he never stopped learning, and never stopped asking questions.

The point is that over the history of immigration and race relations in this country, some people have been afraid and resistant of welcoming the stranger from a new land.

When Franklin wrote this statement, Pennsylvania was flooded with Germans as Franklin feared, but these Germans were given ownership in America’s future and have a proud history. They became part of the American cultural mix. You can still see the heritage of these Germans in the Pennsylvania Dutch communities of southeastern Pennsylvania.

The third annual Taste of Heritage will be on Saturday, March 31, from 1 to 3 p.m. at Northbridge Mall. It is sponsored by the Albert Lea Human Rights Commission, Riverland Community College Multicultural Services, Albert Lea Convention and Visitors Bureau, Freeborn County Historical Museum and Village and the Alliance for Educational Equity.

Taste of Heritage will feature over 18 ethnicities ranging from Native American, Northern European, India and Nepal, to Sudan, and Mexico, Argentina, Cuba and Puerto Rico.

You can get a flavor for the customs, the foods and the music from these various countries. Local performers will feature school children, Aztec and Sudanese dancers, and much more. A special area designed for children to get hands-on experience in learning about other cultures will be featured as well.

As Ben Franklin continued his quest of learning and experiencing the other, he benefitted greatly as did our country. This is a great chance to continue your learning about other cultures and finding our commonality as well as celebrating what we can learn with and from each other.