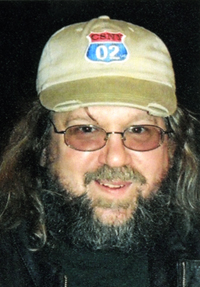 A memorial gathering will be held from 2 to 4 p.m. Sunday at Northview-North Mankato Mortuary, 2060 Commerce Drive, North Mankato. In lieu of flowers, memorials are preferred for the care and welfare of Glenns cats.

Glenn Dudley Carpenter was born Aug. 23, 1954, to Charles and Cora (Bolen) Carpenter in Slayton. He attended Albert Lea High School, where he competed in track and field and graduated in 1972. Glenn later entered the Air Force, where he served for four years, including time in Denver and Germany. Later, Glenn graduated from culinary school in Mankato. He worked at Canterbury Park in the cities for one year. Afterwards, he started work at Harold’s Bar in Albert Lea, where he was a cook for nine years. He was also involved with the Albert Lea Big Island Rendezvous. Most recently, Glenn was employed with Carlson Craft and living in Mankato. He enjoyed music and playing guitar with his band. Glenn also really loved his cats, especially Spooky.

He was preceded in death by his parents, Charles and Cora, and his grandmother, Jessie Carpenter.