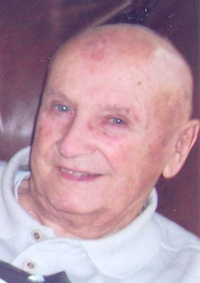 Funeral services will be at 11 a.m. Saturday at Grace Lutheran Church in Waseca with the Rev. Roger Haug and Rev. Paige Whitney, officiating. Interment with military honors will follow in the Woodville Cemetery. Visitation will be from 4 to 7 p.m. Friday at McRaith Funeral Home & Crematory in Waseca, and will continue on Saturday morning for one hour prior to services, at church. Memorials in Jack’s memory may be directed to Waseca Fire Department, Sweet-Sommers VFW Post No. 1642, American Legion Post No. 228, or donor’s choice.

John Francis was born on June 26, 1931, in Waseca, to Leo and Helen (Johnson) Praxl. “Jack” attended Sacred Heart Schools. He worked as a farm laborer for the Schmidt, Frederick, Byron and Harguth Families, and drove truck for Bud Schmidt Trucking Company. Jack entered the military service in the United States Army on April 30, 1948. He was awarded four Purple Hearts for his valor during the Korean War and was honorably discharged April 4, 1952. He married Janice Miller in 1955, and they later divorced. In 1989 he married Phoebe Risser and together they enjoyed their extended family. Over the years he had been employed with Dean’s Specialty, Midland Cooperative, managed Stop-N-Go and SuperAmerica in Waseca, and worked for Holt Products. For the last 15 years of his career he owned and operated Jack’s Animal Health. In his retirement Jack drove bus for Ken Lenz Bus Lines in Waseca. Jack was a long time member of Grace Lutheran Church in Waseca, and a life member of both the Waseca American Legion Post No. 228 and the Sweet-Sommers VFW Post 1642 in Waseca. He had served 25 years as a member of the Waseca Volunteer Fire Department having held the position of department secretary.

He was preceded in death by his parents; by his brothers: Wayne Robert Praxl and James Joseph Praxl; and a sister and brother at infancy.

For online condolences go to www.mcraithfuneralhome.com.