OSAGE, Iowa — The 13-year-old rural Osage boy accused of murdering his mother is also accused of assault with intent to commit sexual abuse against her, according to a news release issued by the Mitchell County Sheriff’s Department. 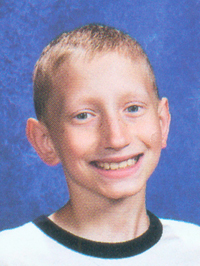 A delinquency petition naming the acts allegedly committed by Noah Riley Crooks was also filed in Mitchell County Juvenile Court on Wednesday, according to court documents.

Allegations include first-degree murder, a Class A felony; and the allegation of assault with intent to commit sexual abuse, a Class C felony.

Crooks is accused of murdering his mother, Gretchen, 37, on Saturday at the family’s rural home, about eight miles west of Osage.

He is being held at the North Iowa Juvenile Detention Center in Waterloo. He will remain there indefinitely.

Also filed was a waiver of jurisdiction in a petition for youthful offender status which, if granted, would allow the boy to be under the supervision of the judicial system past his 18th birthday. No hearing date has been set.

Noah Crooks was apprehended without incident Saturday, just after 7:30 p.m. at the rural acreage, where he lived with his mother, and father, William Crooks. Deputies responded to a 911 call and found Gretchen Crooks’ body inside the home.

A bulletin board display in the Critical Care Unit at Mercy Medical Center-North Iowa in Mason City, where Gretchen Crooks worked for 13 years as a critical care nurse, says: “In Memory of our co-worker, mentor and friend.”