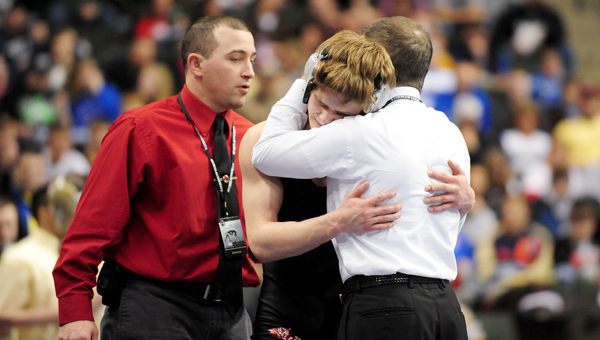 ST. PAUL —New Richland-Hartland-Ellendale-Geneva’s wrestling team had two seniors reach the Class A state individual tournament and both found their way to the podium on Saturday at the Xcel Energy Center in St. Paul.

Lexvold scored one takedown in each period against Esplan, including the first with two seconds left in the opening period.

Esplan then went on to fall to Tanner Mills of Kimball Area 5-4 in the third-place match and finish fourth.

Esplan, who finished his senior season with a 39-6 record, had beaten Mills on Friday in the quarterfinals, 9-6.

The Panthers’ fifth-ranked Seth Petranek fell to United South Central’s Brady Thisius 3-2 in three overtimes in the consolation quarterfinals, before losing 6-3 to James Nelson of Atwater-Cosmos-Grove City in the fifth-place match to place sixth.