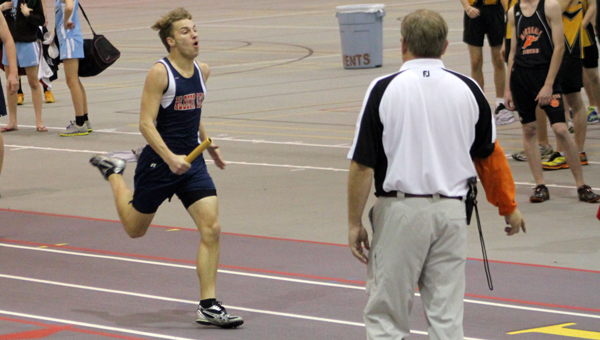 Albert Lea’s Sean Laurie runs on Saturday during the Tigers’ first meet of the season. -- Submitted

The Albert Lea boys’ track and field team kicked off its season on Saturday by placing third of four teams at Minnesota State University in Mankato.

“I’m happy with our performances,” Tigers coach Kevin Gentz said. “We have a lot of work to do and a lot of areas for growth. However, we have a great group of athletes that are committed to working hard every day.”