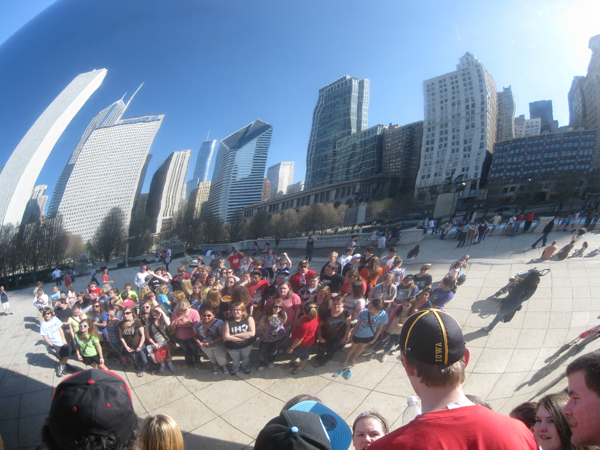 The group takes a reflective photo in the famous “Cloud Gate” sculpture at Millennium Park.

The Albert Lea High School band and orchestra took their show on the road, spending March 16-18 in Chicago. Students in the concert band, symphonic band and symphony orchestra performed at Oak Park Arms Retirement Center and had a clinic at Vandercook College of Music. 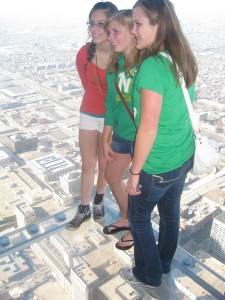 Other highlights of the trip included deep-dish pizza at the original Gino’s East, Willis Tower and “The Ledge” over Chicago, the Chicago St. Patrick’s Day Parade and the “green river,” Navy Pier, Millennium Park, Chinatown, the Art Institute of Chicago, and the Broadway musical “Legally Blond.”

The students did a great job representing ALHS and had many new and exciting experiences on the trip. The groups were led by ALHS Director of Bands Suzanne Mauer and Brenda Radloff for ALHS Orchestra Director Rebekah Crissinger, who was unable to attend due to her pregnancy.