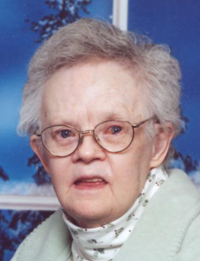 She has resided in Albert Lea since 1970, primarily at Crest Services. She was employed for many years at Cedar Valley Services, where her work ethic and protection of her work station were legendary.

Arnita participated in Special Olympics, raised flowers and vegetables for the Freeborn County Fair and had a remarkable life. She loved bowling and singing in Christmas programs.

Of special memory to her were the vacation trips to Branson, Disney World and most of all to Duluth. The family offers grateful thanks to the Crest staff and particularly to Nancy Olson for her loving care to Arnita over the years.

Arnita is survived by her mother, Beulah Yaney, of Bloomington; brothers: Jerry Tostrud (Alleen) of Naples, Fla., and Merlin Tostrud of Glendale, Calif. She is also survived by nephew, Eric (Laurie) Tostrud; niece, Karen (Chris) Hoffmann; and nephew, Jon (Amy) Tostrud and their children. She is also survived by special aunt Esther Hanson of Albert Lea and numerous aunts, uncles, cousins and friends. Arnita was preceded in death by her father.

A memorial service will be held 10:30 a.m. Saturday at Bonnerup Funeral Service Chapel in Albert Lea. The Rev. Allan Stoa will officiate. Interment will be in Hillcrest Cemetery. Visitation with her family will be one hour before the service.