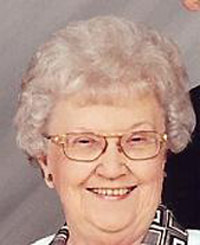 She was united in marriage to Ernest Shankey, and he preceded her in death in 1952. Artyce then married, Charles Palmer on June 20, 1953, at Evangelical Lutheran Church, Black River Falls. Together the couple moved to Edgerton, Wis., from 1953 to 1985, where she taught in the Milton School District, Milton, Wis. In 1985, they moved to Black River Falls before moving to Albert Lea in 1995.

Artyce enjoyed baking, cooking, crocheting, needle work, traveling, playing cards, entertaining, and most of all she loved to spend time with her family, that was very important to her.

She was preceded in death by her mother, Etta; and sister, Donna Peterson.

Funeral services will be at 1:30 p.m. Saturday at Torgerson Funeral Home, Black River Falls. The Rev. Richard Spande will be officiating. Burial will follow in Riverside Cemetery, Black River Falls. Family and friends are invited for visitation Saturday from noon until the time of the service at the funeral home.

Torgerson Funeral Home of Black River Falls is assisting the family with arrangements.