Memorial services for John F. Ell of Albert Lea will be held at 11 a.m. Friday at Grace Lutheran Church of Albert Lea. The Rev. Todd Walsh will officiate. Friends may greet the family one hour prior to the service at the church. Military honors will be accorded by the Albert Lea area veterans groups. 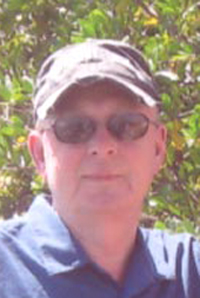 John was a lifelong resident of Albert Lea where he owned and operated General Trading (Car Quest) for many years. He also had worked at Streater for over 15 years. He was an avid pontooner/fisherman and a diehard Minnesota Twins fan. He often attended his children’s and grandkid’s sporting events. After retiring he enjoyed renovating homes. John absolutely loved Borden Lake, Sanibel Island, Fla., or any place close to water. He loved family grill outs, his dog Charlie and Louis Armstrong music. Dixieland music was always being played. (He even thought of going pro as a trumpet player.) John was a jack of all trades and mastered most! He enjoyed the company of the neighbors, especially Boyd, Janet and the boys.

John was preceded in death by his parents and brother Paul Ell.