Hawthorne peforms “The Wizard of Oz” 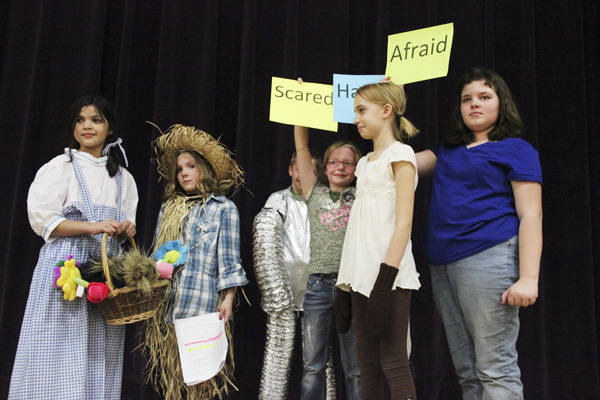 Fourth-graders in Jenika Boersma’s class at Hawthorne Elementary School perform a shortened version of “The Wizard of Oz” for third- through fifth-graders. Left to right are Carley Talamantes as Dorothy, Laynee Behrends at The Scarecrow, Culley Larson as The Tin Man, Riley Johnson as a sign holder, Ashley Horton as The Cowardly Lion and Alicen Wulff-Stites as a sign holder. The signs ask the audience members to name which character traits fit The Cowardly Lion, scared, happy or afraid. The answers, of course, were scared and afraid. -- Tim Engstrom/Albert Lea Tribune