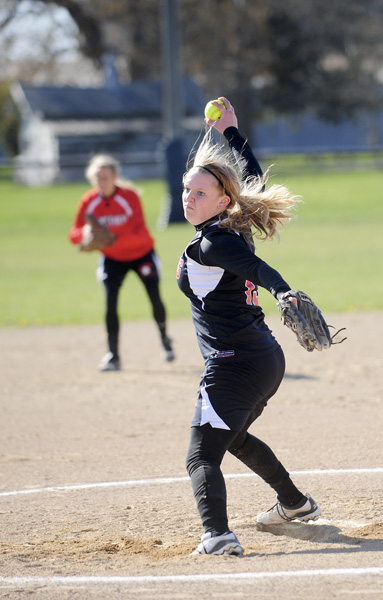 NRHEG’s Jade Schultz pitches during the first inning of the game against Waterville-Elysian-Morristown on Monday. -- Brandi Hagen/Albert Lea Tribune

NEW RICHLAND — The New Richland-Hartland-Ellendale-Geneva softball game against Waterville-Elysian-Morristown held at zero until the bottom of the fourth inning when the Panthers scored. 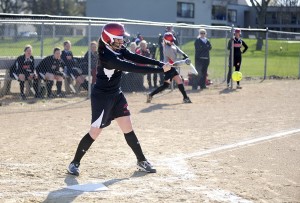 The Buccaneers returned the run in the top of the fifth bringing the score to 1-1. According to Panthers coach Wendy Schultz, a hit by Anna Stork in the bottom of the sixth was a big deal.

“The game was tied 1-1, we had two outs with runners in scoring position,” Schultz said. “She hit a solid shot between third base and short stop to drive in a crucial run for us.”

Schultz said Tara Simon had a sacrificed fly to right field that scored the final run for the Panthers. They won 3-1 with each team committing one error.

The Panthers will play at home again tonight against Waseca at 5 p.m.