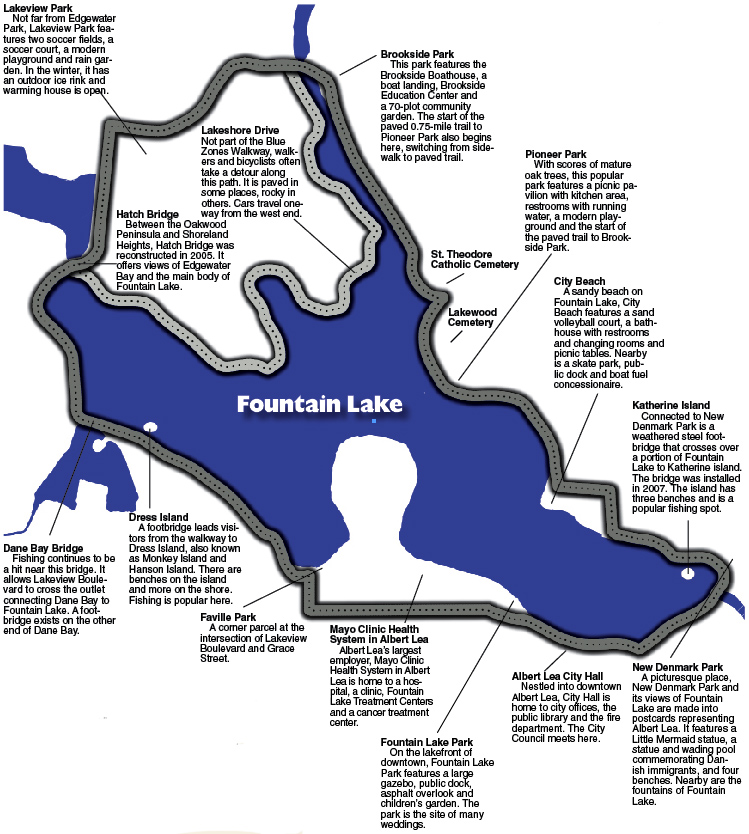 History of the walkway

The route is made up of sidewalks and trails that loop around Fountain Lake, going through neighborhoods, parks, downtown and past the local hospital.

City officials plan to install kiosks around the walkway identifying the “Power 9,” or nine principles for improving health and longevity featured in “The Blue Zones: Lessons for Living Longer From the People Who’ve Lived the Longest.”

A grand opening ceremony of the walkway is being planned for the spring with Buettner in attendance.