Progress: They are the keys to success 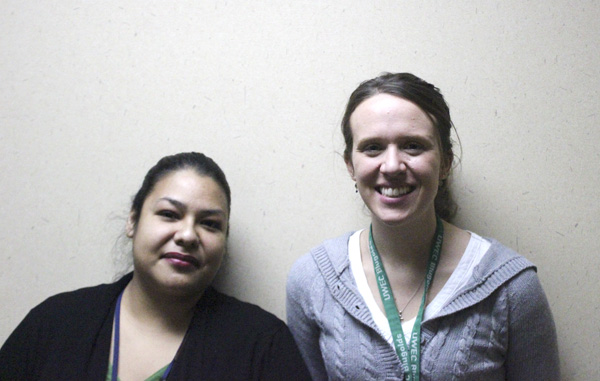 Their goal is to work with any and all students to remove the barriers that can keep students from graduating — bullying, frustration with a subject, a new language, not fitting in, bad hair day, you name it.

Each school in the Albert Lea School District has one success coach, except the high school, which has two. Students learn about Herrera and Frazier through referrals from staff members and from word of mouth among the students.

Frazier said some students just need a grown-up to talk to, one who isn’t an authority figure but can offer social advice and build their confidence.

“They sometimes just need a positive

adult in the building,” she said.

For instance, for someone struggling to fit in, Frazier will guide them to get involved in an activity, such as a sport or a club, where they can get to know a new set of students.

Frazier said she and Herrera deal with a lot of parents don’t speak English, who struggle with reporting systems for things such as absenteeism. It creates a situation where the children can get away with things because the parents rely only on children for information. A success coach can bridge the gap.

Herrera knows Spanish better than Frazier, who is working to learn.

Herrera said parents can stop by to explain situations but if going to a home is needed to speak directly to parents, then so be it.

“We make a point to let them know we are available for home visits,” Herrera said.

She said being a success coach is a fun job. They get to see students who struggled at the start of the year progress and succeed by the end.

Sometimes, the joy of the job is just helping a kid get through a tough day.

“It’s nice that they feel comfortable, that they can come here and feel safe,” Herrera said.

The success coaches don’t go by courtesy titles like teachers and principals. Students call them by their first names.

Freshman Aruna Evenson likes the spend time with the success coaches. Their office is in the school library. She said she struggles with math and likes how friendly the coaches are.

“They are just always caring,” she said.

The care motivates her to do the work and turn in the assignments.

Teachers and parents say the program is successful. Parents will approach them and say something like: “Oh, my son is doing better now.”