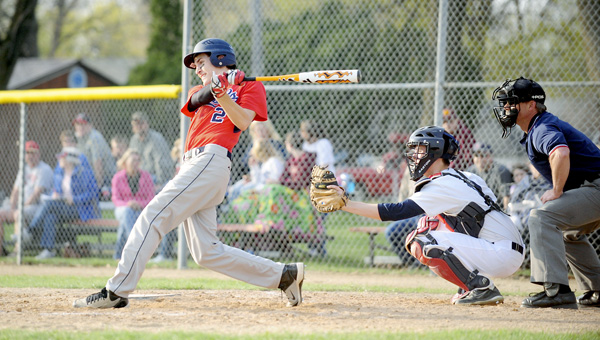 WELLS — The United South Central baseball team lost their first game of the season to Waseca at Thompson Park on Monday 8-4 in the last inning.

hit a three-run double with one out in the top of the seventh.

Shawn Redman and Cole Stencel each reached base for the Rebels in the bottom of the seventh, but Waseca’s Brandon Sutlief struck out the side for the win.

“You can tell it’s the first game of the year. It was ugly at times,” USC coach Pat Frank said. “Kids need to understand the effort part of it. At times we had good effort and at times it was a struggle.”

Jason Huper, Cole Stencel and Lucas George each went 1 for 4 with a double, and Shawn Redman and Coleman Bushlock each singled.

For a game total, the Rebels committed 10 errors to the Bluejays’ one.

“I was expecting us to be able to hit, compete and make some plays around the whole infield, but it just didn’t happen during the first two innings,” Frank said. “Waseca got a couple timely hits and their pitcher threw strikes and didn’t walk too many people. It was just a blah game on both parts.”

Frank said now the Rebels knows what they need to work on and will be going back to work on the fundamentals.

Their next game is 5 p.m. Thursday at Waterville-Elysian-Morristown High School.