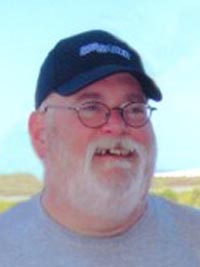 A memorial service will be at 1 p.m. Saturday at Mankato Mortuary. Visitation will be held one hour prior to the service at the mortuary. Burial will be at Cedar Hill Cemetery in Elysian. Mankato Mortuary is in charge of arrangements.

Roger was born on Feb. 5, 1952, in Albert Lea, to Warren and Lola Mae (Foley) Hill. Roger graduated from Albert Lea High School and Mankato State University with a bachelor’s degree in chemistry and biology. Roger was united in marriage to DeAnne Scheerhoorn on June 16, 1979. He was a township supervisor for Elysian Township. Roger worked his entire life as a mechanic and was an ASE certified master technician. Roger built everything from boats, cars and trucks. He took the lake home that his father built and converted it into his year-round family home on Lake Francis.

He is survived by his wife, DeAnne, and son Erik, both of Elysian. He was preceded in death by his parents.