Shyness can have virtues, too

My oldest daughter can be starving, and she won’t ask for food from anyone but her father or me. When someone says, “hi” to her, she typically slouches her shoulders forward and says, “hi” back in a barely audible voice. If someone is in her way, she often won’t say, “Excuse me,” and try to get past them, but instead waits until there is room to pass. If children are asked to form a line to get a treat, she typically lets every other child go before her. 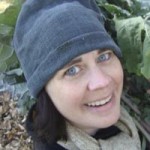 In public settings, Ava tends to appear shy, and she’s been told she is so by many. I understand the assessment, but the practice of labeling children can limit their self image, and I question those who act like being shy is some sort of character flaw.

When I met with Ava’s teacher at the beginning of this school year, she asked me what I would like to see Ava work on during second grade. I told her that I wanted Ava to stand up for herself and others and not be afraid to ask for help. And that was a serious goal. Always sitting back and allowing louder voices to prevail can be dangerous.

Conversely, a more assertive child may insist on being first in line, say whatever is on his or her mind, yell out and be heard. But what’s so great about that? Do we really want to know all of the random thoughts that go through everyone’s brain? Remember the old adage that “children ought to be seen, and not heard.” It doesn’t seem to match how we want children to feel. We want them to be heard, but we don’t necessarily want to hear absolutely everything or listen to screaming.

I’m not trying to say that being assertive is a bad thing. If everyone were as passive as Ava, what kind of world would that be? Just trying to board a bus could be an all-day affair: “No, after you … No please after you, I insist.” You get the idea.

Ava has acquired her “shyness” honestly. I was dubbed “shy” too. My mother didn’t allow any screaming. In a house with three girls, it was probably a good thing. I remember being told if anyone were to abduct you that you should scream out, and I was petrified that I wouldn’t be able to scream. I had no practice with it. So I went down into our basement and screamed a very soft scream and tried to imagine that I really could do it if real danger ever presented itself. Ridiculous, I know.

But this is how we go about understanding a concept like shyness. We come up with examples and describe what it looks like, but let’s face it: The gregarious and dynamic teacher at school might be rather introverted and quiet away from work. Likewise, my daughter is not always demure; she can be assertive — even obnoxious — at times.

And I’m glad. Ava’s put my fears at ease somewhat this year by confronting kids who have treated her and other students unfairly on the playground. She’s found her voice and been encouraged by her wonderful teacher to express herself in this way. Having adults who understand that everyone has a voice — even those who don’t always utilize it as loudly as others — is so important.

In the end, people are who they are, and both the shy person and the brazen person should be appreciated for what each has to offer, but I can’t help but defend the shy one because, in our society, we act as though the shy are inferior to the bold even though there are plenty of character flaws — selfish, self-centered and overbearing — that can accompany being more outgoing.

Jenny Corey-Gruenes teaches writing at Riverland Community College and lives in Albert Lea with her husband and two young daughters. She can be reached at jencorey@charter.net.