Yah, shore, ‘Minnesotan’ is a good one

After the balmy “non-winter” we just had, it might be a challenge to put yourself in a blizzard-bound lodge up north, but this is where “How to Talk Minnesotan: Winter Version” takes place. 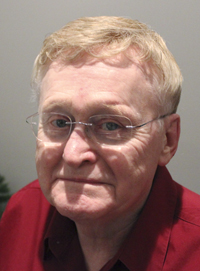 The set, designed by Steve Kinney, is up to his usual standards, wonderful craftsmanship and design — complete with stone fireplace.

The music is provided by a combo consisting of Laura Virgil on keyboard, Mark Meuser on drums and Todd Peterson on bass guitar.

The play is really a series of short observations about life in Minnesota, most of which all true Minnesotans will have experienced at one time or another.

All of the characters have their chance to shine in a solo, whether it is about snow angels, lutefisk (of course!), Jell-O salad or traffic regulations. These moments are interspersed with commercial ads for other ingenious products too numerous to mention. Let’s just say they’re uncommon.

There are also radio announcements which all true Minnesotans will recognize, especially those concerning weather and schools. Did I say ice fishing is also mentioned?

This is a light-hearted play designed especially for us. So the answer to the question should you see this play would be: Yah, shore, you betcha.

Paul Cooper is a retired English teacher who has performed in area theaters for more than 20 years.