It was wonderful to be in the tropics and have access to so many fresh fruits. Just a few months ago, I undertook a project, Orange Marmalade. 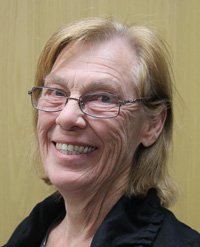 I’m pretty good at that you know. I made some 12 years ago and it was excellent. Only last summer, I tasted it again, just before I threw it all away. Still good, I thought. Actually, I don’t eat much of that — too much sugar — but it is fun to see how jam turns out.

There had already been preparation for this event. I had secured some nice lemons from a nearby tree and had negotiated with the owners of the sour orange tree. I was experienced with fruit. There were plenty of sweet oranges and limes in my house, and I did a good job of sorting chunks and juice. But wait a minute, I didn’t have any grapefruit, so I took a hike down the street to a neighbor, who let me pick a grapefruit from her tree. Fresh, I thought!

Next, I had to cut the skins into thin slices. That is what makes hotel jam so pretty. I sliced for a while, then thought, “I’m too busy today,” so I threw them in the blender. That made pieces, too.

The recipe said “cook the skins in baking soda.” How could I have forgotten that? No baking soda! Well, baking powder will have to do. It says right on the label there is baking soda in it. I’ll just drain it off.

The more the merrier. What a combination of navel, mars and sour oranges, plus limes, lemons and grapefruit. With the addition of those orange and grapefruit crossovers that the veggie lady sells, how indigenous can one get?

With everything assembled, I turned on the flame. Atop my pile of papers were the instructions. I remembered that it said, “Go to No. 5,” which I did. I dumped it all together: fruit, juice, pectin and sugar. Just as I set it on the stove, I realized that sugar goes in last, at a rolling boil. That was a serious mistake.

Well, you know how those recipes are, they give you a dozen different ways to do something, then refer you to the other side of the paper, just as you are holding a hot kettle in your hand. It’s a wonder that anyone makes good jam! The recipe concluded by saying it might take 10 days to set. I looked at the marmalade and thought, “10 years won’t do it!”

There is an old saying that more time, money and stuff can fix anything. Then you get to throw the whole thing away. But that was a thought. I could resurrect this marmalade. It might turn out, and if I ever offer some to you, don’t have any worries at all. I used sterile technique through the entire procedure. If it doesn’t turn out, I offer some advice: 1. Recook it. 2. Wait for it to mold and throw it away without guilt. 3. Use it as a facial, it works great. 4. Freeze it until you make duck, you know, Duck L’Orange. It might be a year or two. 5. Add it to fruit cake and give it to a relative.

I took it to a local potluck hidden in a bowl of mixed fruit. If you hear any comments, just pretend you brought brownies or a hot dish. Good luck!

That being said, I have good news to report: When I got back to this north country, perhaps as a result of the fine-turned cooking technique, the marmalade finally set!

Sharon Walk is a member of the Washington Avenue Writers Group.