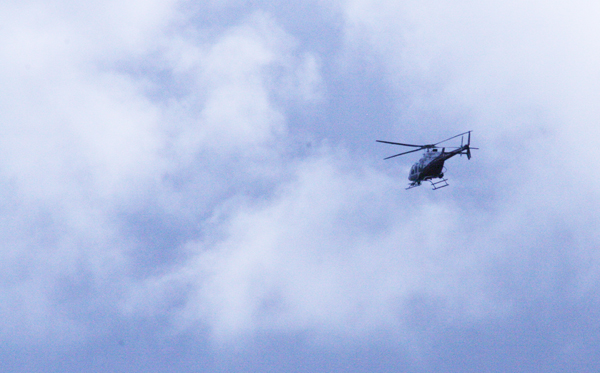 Albert Lea police are asking for the public’s help in finding a 38-year-old Albert Lea man who was last seen Monday afternoon.

The man, Michael Thostenson, was reported missing by his family at about 11:45 p.m. Monday.

Albert Lea police, Albert Lea firefighters and a helicopter from the Minnesota State Patrol have been searching for Thostenson since Monday night but have reportedly exhausted all leads, said police Lt. J.D. Carlson Tuesday afternoon.

Firefighters, including Capt. Scott Hanna, a certified tracker, searched for Thostenson Monday night by foot. An Austin K-9 tracked Thostenson to the Hawthorne and Ulstad area from his residence on Giles Place but after that lost the scent.

On Tuesday just before noon, a State Patrol helicopter looked for any sign of Thostenson at Goose Lake, Bancroft Bay Park and a few other locations family members thought he might have gone to.

Carlson said police have also checked the local bus company without any success.

Thostenson’s brother, Kent, said family and friends have begun their own search for Michael and are shocked that he is missing.

“The only thing that I can say is this ain’t him,” Kent said. “He wouldn’t up and leave like this; he wouldn’t do this.”

Carlson said the last time anyone had direct contact with Thostenson was at about 1:30 p.m. Monday. He left his car, phone and any identification behind that police may have been able to track him on.

He has short brown hair, blue eyes and a fair complexion. He is clean shaven.

Anyone who has had contact with the man in the last 24 hours before he was reported missing is asked to call the Police Department at 507-377-5210.