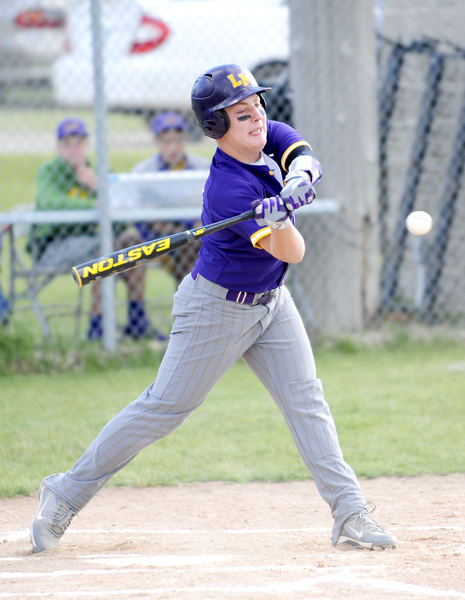 Bulldog’s Matt Throne swings at a ball in the bottom of the first on Tuesday as Lake Mills took on Corwith-Wesley-LuVerne. -- Brandi Hagen/Albert Lea Tribune

LAKE MILLS — The Bulldogs got off to a 4-0 start during Tuesday’s home game against Corwith-Wesley-LuVerne. 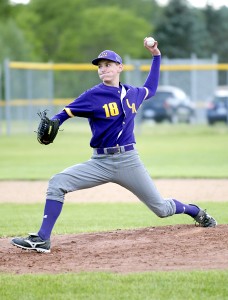 Lincoln Boehmer was one of three pitchers for the Bulldogs on Tuesday.

The game finished in five innings with Lake Mills leading 10-0.

“In the third and fourth innings, the guys were starting to wait for quality pitches,” Blaser said.

The Bulldogs are starting fresh this year because seven of its starters graduated last year.

Blaser said the team has already shown improvement making only one error on Tuesday compared to six in a previous game.

“Mistakes will happen, but they are confident enough to keep their heads up and make the next play,” Blaser said.

One of the most notable plays of the game was by Taylor Throne. Throne hit a triple in the bottom of the fourth and batted in Luke Kayser for the Bulldogs’ eighth run.

The Bulldogs played three pitchers because two of them will be pitching later this week, and Blaser said it was a chance for work between starts.

Blaser said they all pitched extremely well and did a good job throwing strikes.

The Bulldogs will play at home again on Friday against North Iowa at 5:45 p.m.

They will also host a tournament on Saturday morning beginning at 10.