As Minnesota’s bullying rates are on the rise and numerous suicidal cases have been reported in the state the last year, there has been a high urgency for the state to mandate stronger anti-bullying policies for all schools in the state. 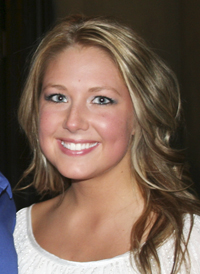 As of right now, Minnesota’s state law requires every school district to adopt a written sexual, religious and racial harassment and violence policy, in which it needs to include prohibiting intimidation, cyber bullying and hazing, but there is no accountability and no date set to have that policy in place. Although the state Legislature has been trying to make changes, they haven’t been willing to jump forward to take action. How many more teens will have to lose their lives before the state is willing to make a change?

My hope, as a high school student, is that Minnesota will pass a law that is more extensive and takes more action in the prevention of bullying. The state Legislature has tried to pass new bills but none of them have been approved. In 2009 the state proposed The Safe Schools for All bill. The bill would have broadened and updated Minnesota’s statute by including prohibitions against bullying others based on physical appearance, gender identity and sexual orientation and including that exclusion and intimidation are other forms of bullying.

The future looked bright for schools as the bill was approved by the House and Senate with a bipartisan majority vote, until it was vetoed by former Gov. Tim Pawlenty.

Pawlenty vetoed the bill because he thought it restated the current law and was too vague. Although this bill would have tremendously helped and improved schools across the state, it is still not enough. In South Hadley High School in South Hadley, Mass., the administration took immediate action in the first year of having only one suicide in their school, which then influenced the state to pass a statewide mandatory policy.

Minnesota students would be best protected if the state followed this small, rural school’s action toward better prevention and protection for their students and passed a state policy similar to theirs.

My goal is for Minnesota to pass a statewide mandatory bullying policy that all districts have to install. The policy would be very similar to the one South Hadley passed, which includes “defining bullying as the repeated use of written, verbal or electronic expression or a physical act or gesture, including exclusion, that causes physical or emotional harm or fear.” It would also install rules that “prohibit bullying on or off school grounds if the behavior creates a hostile environment for the victim.”

And the last part of the changes would be to have an “anonymous reporting system, which requires administration to investigate within one day of being notified and to make anti-bullying education a required part of the curriculum at each grade level.”

These actions of change would solve the problem of bullying at the source of where it starts and prevent bullying cases from getting out of hand. I feel it is important for children to be educated about appropriate behavior at a young age, and keep educating students as they grow and mature through there years at school. Many bullying cases and even suicides could be prevented if the state took the initiative to make these changes.

I will be writing a letter to recommend these changes to Minnesota’s Gov. Mark Dayton. I know Dayton has the power and the drive to make the change that Minnesota’s schools and their students need. Before coming into politics, Dayton was a high school teacher who loved his students. Being a teacher and a father of two sons, Dayton knows how cruel peers can be to each other.

That is why he promised Minnesota voters he would pass The Safe Schools for All bill if he were governor. Dayton not only stands for a better education but also for equality for everyone. He believes you should be able to love who you want and that no one should be mistreated because of their sexual orientation. In an article by Susan Maricle in The Uptake, Dayton states his stand on bullying:

“Bullying in schools based on a young person’s actual or perceived sexual orientation or gender identity has grown to terrible proportions and the consequences of those actions are severe. No students should be driven to take their own lives simply because of who they are. I stand with Sen. Al Franken to pass strong, anti-bullying measures here in Minnesota and nationwide. As governor, I will fight for and sign a tougher Safe Schools bill. The time is now to speak out, lead, and act to protect all Minnesota’s youth.”

Dayton knows how serious this issue is for the state, and I have faith that he will follow his word and fight for a stronger, statewide policy. He knows that Minnesota not only has to do more, but also do it soon.

I feel this issue is an ongoing problem that won’t get better until the state makes dramatic changes. If we want to see improvement, we have to make changes now. Dayton being elected as our governor was the best thing that could have happened for our state right now. Knowing that almost three-fourths of the state’s Legislature voted “yes” for The Safe Schools for All bill, I know that we have people in our government who care about our children’s future. With the help of Dayton, I know that the rest of the Legislature would be willing to take this jump.

My positions as an active voting citizen and a current high school student are great reasons for Dayton to listen to me and my recommendations for changing our bullying laws. Being in school, I see firsthand bullying in all forms and sizes and the consequences that comes along with it. Although I may not be a victim of bullying myself, it creates an unwelcoming atmosphere at school. If the state sees that students are also concerned and are afraid to go to school, hopefully this will show the Legislature how severe and serious the problem is. Although I am simply one citizen of Minnesota, I know that I am not alone when it comes to wanting more safety precautions in our state’s policy. We can’t afford for our state government to take time and find a policy they can all agree on. Things need to change now; lives are at risk. I think if government found a well-developed plan, such as South Hadley’s policy, they would be more willing to take into consideration passing a statewide policy that would benefit every student in Minnesota. A plan needs to happen now to protect the future of our nation.