A Masonic service for Charles W. “Smitty” Smith, of Albert Lea, will be at 2 p.m. Thursday at Bonnerup Funeral Services in Albert Lea with a memorial service immediately following. Western Star Lodge No. 26 AF&AM will conduct the Masonic service and the Rev. Tom Biatek will officiate the memorial service. Interment will be at Hillcrest Cemetery, Albert Lea. Visitation will be one hour prior to the service. Military honors will be accorded. 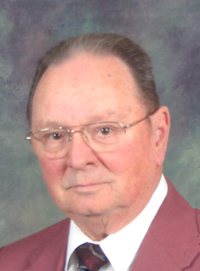 Charles was born in Alma, Mich., on June 27, 1927, to Louisa and Donald Smith. He graduated from high school in Edmore, Mich. Charles married Priscilla Payne on Oct. 20, 1956, at the United Methodist Church, in Albert Lea. He joined the U.S. Navy in Wilmington, N.C., in 1945 and was discharged in 1946. He joined the U.S. Air Force in 1947 and served in Japan, Korea, Philippines, Guam, Colorado, Wyoming, Louisiana and Alaska until his retirement in 1967. He served as an instructor in aircraft engines, photo reconnaissance, quality control inspector, aircraft and engine mechanic, aircraft flight engineer and helicopter test flight engineer.

Charles and Priscilla moved to Albert Lea in 1967, where he was an agent for Metropolitan Life Insurance until 1974. He then joined the Freeborn County Sheriff’s Department and served as a deputy and jail administrator, retiring in 1992.

He enjoyed fishing, traveling and spending time with his children and grandchildren.