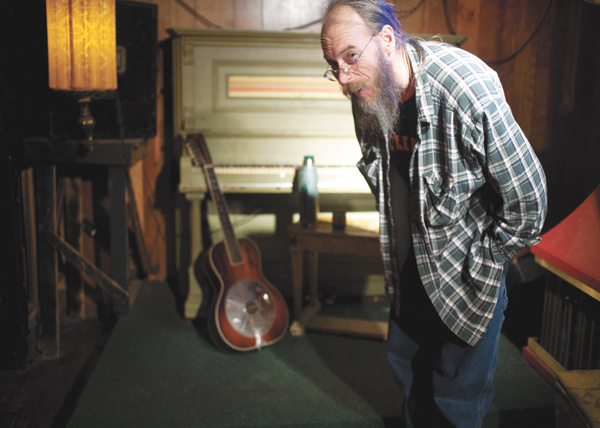 Charlie Parr, who dropped out of Austin High School before getting his General Education Diploma, only got into music eight years ago. -- Submitted

The Austin-born folk singer will perform June 2 at the Paramount Theatre. 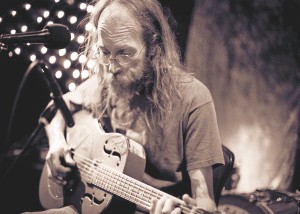 Charlie Parr will perform 7:30 p.m. June 2 at the Paramount Theatre in Austin. Parr, originally from Austin, is an international star known for his raw, folksy albums.

He’s is someone “who I don’t think a lot of people realize is from Austin,” said Paramount Theatre Executive Director Jennie Germain.

The international star has found musical success in Australia and Europe with his American folk-blues sound. His 12th album, “Keep Your Hands on the Plow,” was released in December, featuring new takes on mostly traditional gospel songs, folk songs and even a chain gang tune.

“It’s all traditional material, anywhere from before the Civil War right up to the ’30s or ’40s,” Parr said in December.

Parr got his love of gospel, old-time country and blues from his parents, who had a giant collection of acoustic and country-heavy music. The music seeped into him, according to Parr.

Yet Parr didn’t exactly have a music career in mind. He did so-so in school, until he dropped out of Austin High School during his sophomore year. Parr spent several years unfocused and playing a little music before getting a General Education Diploma and enrolling at Augsburg College in Minneapolis. He would spend seven years working towards a philosophy degree.

He began outreach work helping the homeless, but decided about eight years ago to give a musical career a shot. Though he started playing a few clubs and centers in the Twin Cities area, he quickly adapted his folk style and his career started to take off.

Parr is well known for his raw, folksy albums including the popular “When the Devil Goes Blind” and “1922.”

Parr is a popular singer particularly in the United Kingdom, Ireland and Australia.

“The BBC has been really kind to me,” he said. “I don’t have anything to complain about.”