Creating their very own empire 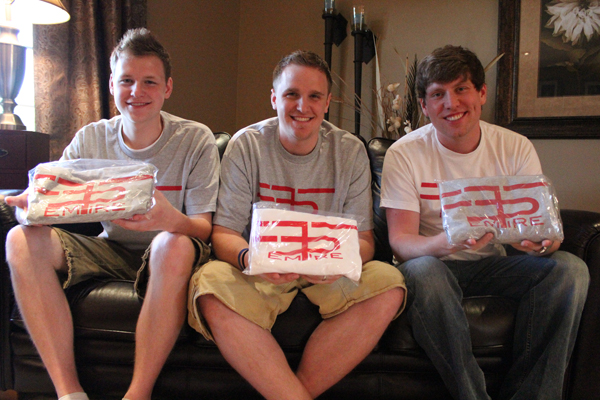 From left are Joe Polis, Mike Polis and Josh Elwood. Together they make up EP Empire, a recording studio and clothing company. -- Kelli Lageson/Albert Lea Tribune

Three Albert Lea High School grads have started up an apparel line made up of casual streetwear items. 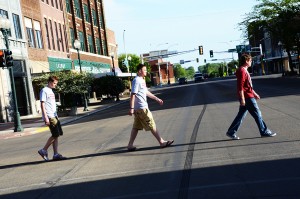 The apparel line actually stems from the larger company of EP Empire, which owners Mike Polis and Josh Elwood started. It started as a recording studio, but they wanted to do more. They had been talking about having a clothing line and the idea just snowballed from there. Mike enlisted the help of his younger brother, Joe, who has been busy making designs for shirts, hoodies, hats and more.

There will be clothing for both men and women, and Mike said he’s excited about the possibilities when it comes to what they can print on. There are many options they can consider like whether they’d like to do shoes, golf polos and more. 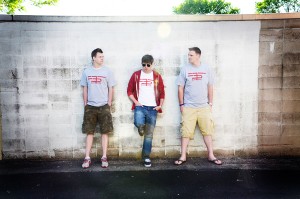 The focus for now is graphic tees and getting the word out about the new business. The company has a website, www.epempire.co, where merchandise is available for purchase. They also use social media to get the word out about their company. They can be found on Facebook and on Twitter by the handle @epempire. Not only that but they’re working on different ways of marketing, like sponsoring local MMA fighter Chris Karge.

“A lot of it has been word of mouth,” Josh said.

Joe said he’s been drawing as many designs as he can and that his favorite part of the work is seeing the design on a printed product. For the young business owners, there has been a lot of trial and error.

“Juggling responsibilities is a challenge, but we’re having a blast,” Josh said.

They’ve been enjoying meeting new people, club owners and musicians through the recording studio, and they’re enjoying the challenge of starting up an apparel line. Though most of their work is being done in-home, they hope to have an office/warehouse within the next year. In all, they’ve been having fun growing their company and looking to the future.

“There haven’t been a lot of setbacks, we’re just working to get our name out there,” Mike said.