The funeral service for Duane “Andy” Lee Enderson of Albert Lea will be at 2 p.m. Monday at East Freeborn Lutheran Church, rural Albert Lea. The Rev. Michael Griggs and Deacon Mike Ellis will officiate. Interment will be in the church cemetery. Visitation will be from noon to the time of service Monday at the church. In lieu of flowers memorials are preferred to St. Theodore Catholic Church or East Freeborn Lutheran Church Cemetery Fund. Military honors will be accorded. 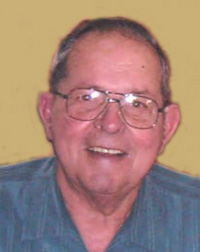 Duane was born Aug. 9, 1936, in Owatonna, to Ernest and Alice (Lee) Enderson. He graduated from Albert Lea High School in 1954. He then entered the United States Air Force and served as an electrician. He lived at Fairchild Air Base, Spokane Wash., where he met his wife Dona Lou Koss. They were married at St. Thomas Catholic Church, Coeur d’Alene, Idaho, on Nov. 17, 1957. Upon honorable discharge in 1959 from the Air Force, Dona and Duane moved to Albert Lea. Dona died Sept. 3, 1998.

Duane was baptized and confirmed at East Freeborn Lutheran Church. He worked as a diesel mechanic for Bill Keppel Implement for 20 years, then White Implement of New Richland for 15 years and retired from Budach Implement Case IH of, Albert Lea. He married Georgia Alt on April 28, 2012, at St. Theodore Catholic Church. Duane was a member of the Moose Club for more than 40 years, served as a past governor and belonged to their ritual team. Duane was also a member of the Eagles. Duane enjoyed playing Hucklybuck and Cribbage, watching Minnesota sport teams, fishing, camping and traveling.

Duane is preceded in death by his parents: Ernest and Alice Enderson and first wife, Dona Enderson.