Howard and Debora Behl of Plymouth and Dennis and Roxanne Wadding of Albert Lea announce the engagement of their children, Kristin Cheryl Behl and Jon Dennis Wadding, both of Hopkins. 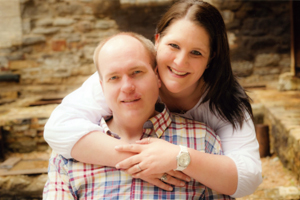 Grandparents of the bride are Joyce Bell of Golden Valley and the late Lowell Bell, and the late Bernie and Norma Behl.

Grandparents of the groom are Alice Rasmusson of Albert Lea, and the late Neil Rasmusson, the late Dale Wadding and the late Richard and Ruth Sorensen.

Kristin is a 2001 graduate of Armstrong High School in Plymouth. She is currently employed at Park Nicollet Clinic and Infectious Disease Consultants, PA.

Jon is a 2000 graduate of Glenville-Emmons High School and a 2004 graduate of Minnesota State University-Mankato. He is employed by iQor as a student loan rehabilitation specialist.

A Sept. 15 wedding is being planned at Calvary Lutheran Church in Golden Valley.