Wendell and Patti Nesse of Albert Lea announce the engagement of their daughter, Bridget Nesse, to Jerrid Schindle, son of Rennae Schindle of Winnipeg, Manitoba, Canada, and Ken and Cathy Schindle, of Shakopee. 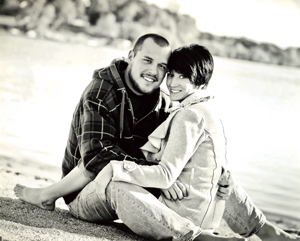 Grandparents of the bride are Bud and Marie Carroll of Ellendale and the late Luvern and Genevieve Nesse of Albert Lea.

Bridget is a 2006 graduate of Albert Lea High School and a 2008 graduate of Minnesota School of Business as a veterinary technician. She is currently employed as a customer service representative for Wells Federal Bank.

Jerrid is a 2004 graduate of Dakota Collegiate Winnipeg, Canada, and a 2009 graduate of Hennepin Tech with an emergency medical technician certificate. He is currently employed with the city of Albert Lea.

An Aug. 18 wedding is planned at the Holiday Inn in Owatonna.