Finding peace with what we have

Being fairly privileged, surrounded by a good family and always getting what I need, and sometimes what I want, has become more of an assumption than a concern for me as I have grown up. 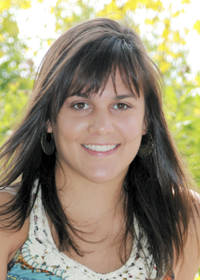 Furthermore, being a 20-year-old female college student, I am sure to be comfortable and studious for the time being. As for personal expectations, I assumed that when I got to college I would eventually find my true sense of self and be able live by that. What I found to be most surprising however, was how I discovered what having a personal identity truly meant to the people living in a neighborhood just a few blocks from my campus.

It started with a good friend of mine who moved into what I call the “neighborhood” while going to school. It happens that this neighborhood he moved into was not only one of college students, but college dropouts, cooperative travelers and communal living houses, housing people of different races and identities from white, to Hispanic, to lesbian, to black, to gangster, to transgender, to pregnant, to recovering, to just trying to make a living while living in a car.

There existed an eminent boundary between their lines and mine. Whether it is language, swag or attitude in general, I felt foreign in their reality of true hardship, of what lay at stake if you didn’t have a true self-identity to stand up for; because in the neighborhood, life is what it is and you just have to keep living, learning and retaining your sense of self. Work from 3:30 a.m. to 3 p.m. two hours away after sleeping overnight in the back of your car?

No complaints. A bag of chips for dinner? It’ll do. Lonely? Holler at the next passerby and see where they are in life, what’s real for them — we’re all real people with real problems.

Man identified woman? Don’t mess with him, don’t question his antics and don’t sit on a pedestal that doesn’t exist; because if he wants to talk about life to you, then you’ve proved you know who you are.

I quickly realized that “self” was all that most of the people had. For in the reality of the neighborhood, it didn’t matter who you were, but whether you were someone at all.

Well, who was I? Who was I speaking for, from and through? I really wasn’t sure. So I didn’t have a lot to say about life, because I really didn’t have a “self” to speak for; which in a way, kept me out of any pending conflict for the time being.

My existing language only allowed me to speak to those in my field of study or class of things. I could easily construct my own reality with things I bought, was given or, as I now realized, was taught.

And I did. As for my true “self,” there wasn’t a lot of care. I could act in any destructive, college-kid way I wanted to and still feel indestructible. If ever I were to get sick or injured from staying up all night, the occasional party, or even a pickup game of soccer after a long night and day of studying, there was a health clinic on campus, family to fall back on and enough to cover a doctor bill if needed.

I had no other vision of the reality around me, because I couldn’t quite see why else I needed me. For once, I realized that I really was blind in some very important ways.

Life today is fast-paced and filled with expectations of who we should be or what we should look like, act like or say. As a college student, outside of studying or getting a job, the meaning of life seems to have turned into a game of measuring happiness based on who can get closer to certain expectations, rather than being concerned with individuals forming a personal identity to live by, whether it be religious or non-religious.

Our happiness no longer seems to lay in what opportunities we can utilize to stand up for who we are and who we wish to help, but rather lay in constructing a mere shell of reality with whatever materials are needed to fit that expectation media has posed for us. That very shell is what can cause us to feel lost and unhappy with whom we really are when the materials are gone.

The answer I suggest for now is to be mindful of how we acknowledge what we already have. The people I met in the neighborhood taught me that we can find happiness by fulfilling our sense of identity that we discover from within. If we truly step back and appreciate what we have, then we won’t feel the need or distress to buy things to construct an identity, because that might just leave us trying to fulfill an empty shell.

Mariah Maras is a sophomore at the University of Wisconsin-La Crosse double-majoring in philosophy and English.