Harvey Gaylord Matson, 83, of Bricelyn, died Friday, May 18, 2012, at Parkview Care Center in Wells, where he had been a resident for the past two years. Funeral services will be at 11 a.m. today at North Blue Earth Lutheran Church-Brush Creek Township, rural Bricelyn, the Rev. Luther Peterson officiating. Burial will be in the church cemetery. Visitation was from 9 to 11 a.m. today at North Blue Earth Lutheran Church. Bruss-Heitner Funeral Home in Bricelyn is in charge of the arrangements. 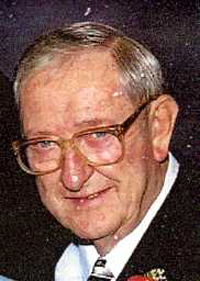 Harvey G. Matson was born May 12, 1929, on the Matson Family farm in Brush Creek Township, the son of Oscar and Constannia (Asmus) Matson. He graduated from Bricelyn High School, the class of 1947. He was a life-long farmer, having been born, and lived his whole life on the Matson Farm. On March 30, 1968, he was united in marriage to Kathryn “Kay” (Parker) Johnson in Wells. Harvey was a member of North Blue Earth Lutheran Church, and was an active member. He served on the Brush Creek Township Board as supervisor for many years. Harvey was also a member of the Lake Mills Co-op Board.

He was preceded in death by his parents; step-son, Robert “Buzzy” (Anita) Johnson; and great-granddaughter, Stephanie Hanna.