The 2012 legislative session wrapped up this past week following the finishing touches on a Vikings stadium bill, leaving legislators in both chambers with mixed opinions about the session’s effectiveness.

Local legislators agreed on two bills as significant successes. One was the Vikings stadium bill, which hashed out that the state will contribute $348 million to a new football stadium in Minneapolis running just shy of $1 billion in cost. The other was the bonding bill, which established funds for a wide variety of projects across the state, including $13.5 for a proposed expansion of The Hormel Institute. 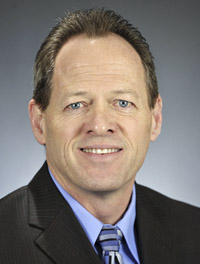 Apart from these bills, Rep. Rich Murray, R-Albert Lea, said some of the strongest points of the legislative session were its reform items. Getting the permitting process to work better and “just trying to make government work a little bit smoother” were critical steps, though Murray said there’s more to do on that front.

“I would’ve liked to have seen a little bit more of that,” he said.

Work on job development was another big topic that Murray would like to see more of. Legislators themselves couldn’t create jobs, he said, but “can help create the good job environment.”

Sen. Dan Sparks, DFL-Austin, said the session was a success overall, and referenced work he had done with Rep. Jeanne Poppe, DFL-Austin.

“Rep. Poppe and I were able to work hard on child abuse legislation and vulnerable adult legislation,” Sparks said.

He also highlighted provisions for infrastructure in Albert Lea, including a grant for designing, constructing and equipping Broadway Avenue and Main Street with sewer utilities. 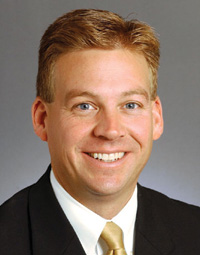 GOP Speaker of the House Kurt Zellers said the session’s accomplishments would create a stronger economy.

“In just over a year, our state has gone from red to black,” Zellers said. “We turned a $6.2 billion deficit to a $1.2 billion surplus by supporting a strong private sector economy, defeating job-killing tax increases and curbing state spending to stop the unchecked growth of government that burdens Minnesota’s job creators and taxpayers,” said Speaker Kurt Zellers.

Republicans were disappointed when Gov. Mark Dayton vetoed several important issues, Zellers said, including a portion of the shift owed to schools and legislation that eliminated statewide business property tax.

“We accomplished these goals and laid the groundwork for the necessary, ongoing review and reform of government programs and spending,” Zellers said.

Democrats had a less glowing review of the session, and held Republicans accountable for what they considered to be many session shortfalls.

“As another legislative session draws to a close, we are reminded that Minnesotans deserve better than what they’ve gotten from the Republican majorities in our state legislature,” DFL Chair Ken Martin said in a statement. 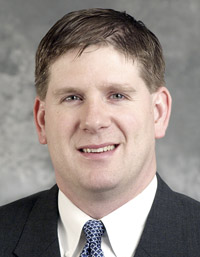 Martin said this session was the second year Republicans had done little to improve the financial situations for middle-class families or put unemployed Minnesotans back to work. He highlighted the government shutdown last year and the “divisive” constitutional amendments coming to November’s ballot as GOP-caused.

The extreme views of Republicans, along with their “unwillingness to compromise” with Democrats stand in the way of reaching solutions, he said.

“We thank Gov. Dayton and DFL legislators for reminding us that our state can do better,” Martin said. He said he and other DFLers would plan on reminding voters of that as election season approaches.