Lynn J. Persinger, 83, of Austin, died Saturday afternoon, May 5, 2012, at Thorne Crest Retirement Community in Albert Lea. He was born on Aug. 19, 1928, in Sac City, Iowa, the son of Lynn Taylor and Elma Mae (Howard) Persinger. As a child the family moved to the Waltham area. He attended school in the Waltham area and later attended Austin High School. On Oct. 25, 1946, he was united in marriage to Carol June Rendall in Rochester. Lynn was involved in many business pursuits including hauling milk, driving truck and owned and operated Persinger Webb, a gas station in Blooming Prairie. He then began working in the farm implement business, first at Waltham Implement before moving to Albert Lea where he worked at Erlandson Implement. In 1971, the couple moved to Austin where Lynn started Persinger Implement, a John Deere dealership. He retired in 1987 and moved to Walker spending his time on Leech Lake for 20 years. He returned to Austin to live, spending his winters in Mesa, Ariz., and recently had moved to the Thorne Crest Retirement Community in Albert Lea. Lynn was a member of Westminster Presbyterian Church. He enjoyed attending large family gatherings traveling, riding motorcycles and snowmobiles, as well as hunting and fishing. 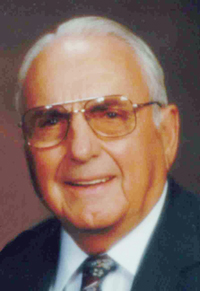 He was preceded in death by his parents; one son, Michael Lynn Persinger in 2006 and several brothers and sisters.

Funeral services will be at 1 p.m. Wednesday at Westminster Presbyterian Church in Austin with the Rev. Michael Olmsted officiating. Interment will follow the service at Oakwood Cemetery in Austin. Visitation will be held from 4 to 7 p.m. Tuesday at the Worlein Funeral Home and for one hour prior to the service at the church on Wednesday. Memorials are preferred to the American Heart Association. Condolences may be expressed to the family online at www.worlein.com.