Marshall Romaine Purdie, 92, of Owatonna, and formerly of Wells, died Monday, April 30, 2012, at Traditions in Owatonna. Funeral services will be at 11 a.m. Thursday at Good Shepherd Lutheran Church in Wells. The Rev. Paul Woolverton officiating. Burial will be at Dell Cemetery in Frost. Visitation will be one hour prior to services at the church. Military honors will be accorded by the Wells Color Guard. Bruss-Heitner Funeral Home in Wells is in charge of the arrangements. 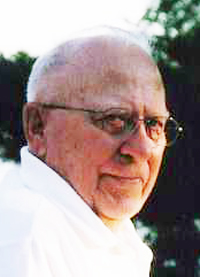 Marshall was born Nov. 3, 1919, in Faribault County to Harrison and Violet (Babcock) Purdie. He attended Wells Public School through the eighth grade. He married O’Ceil Tenold on March 17, 1940. They were married for 72 years. He joined the United States Navy on June 15, 1944, and was honorably discharged on Feb. 13, 1946. He worked for Borwege Chevrolet, Larson Ford and Lampert’s Lumber Yard before his retirement. He was a member of Good Shepherd Lutheran Church, was a former member of Our Savior’s Lutheran Church, a member of Troska Post 210 of the American Legion where he had served as post commander. His hobbies were wood crafting and woodcarving. He made many memorable keepsakes for his children and grandchildren.