Funeral services for Michael Todd Armstrong of Albert Lea will be held at 1 p.m. Wednesday at Bonnerup Funeral Service, Albert Lea. The Rev.Joel Vano will officiate. Visitation will be from 11 a.m. to 1 p.m. Wednesday at the funeral home. Military honors will be accorded by Albert Lea veterans organizations. Mike died Saturday, May 12, 2012, in Winnebago County, Iowa, as a result of a motorcycle accident. He was 52 years old. 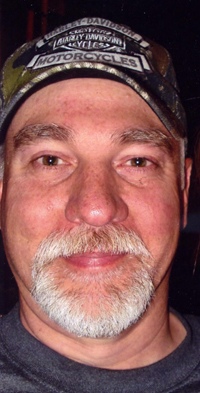 Michael was born Feb. 5, 1960, in Albert Lea, to Dale and Gail (Hendrickson) Armstrong. Mike attended elementary school in Hayward. He later graduated from Albert Lea High School in 1978. After school, Mike worked for a brief time before enlisting in the United States Army. He was a part of the 82nd Airborne Division as a paratrooper, as well as a demolitions expert. After serving his country for four years, Mike returned to Albert Lea, where he worked for Streater for more than 18 years. He was currently working for Select Foods. In his free time, Mike loved the outdoors. He enjoyed fishing all year round, where he would try to make it up to the Boundary Waters as much as he could. Besides fishing, Mike also found peace in riding his Harley motorcycle. He loved his motorcycle so much, Mike even named his dog Harley.

Mike will be remembered for his keen, quiet sense of humor, and also for being the kind of person who would do anything for anybody, not expecting anything in return.