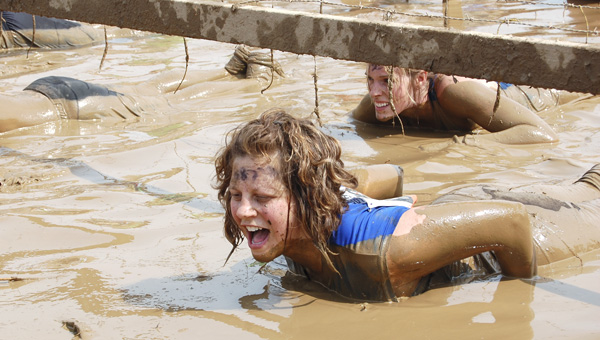 Imagine swimming in ice cubes, crawling in mud under barbed wire and going through 10,000 volts of electricity. 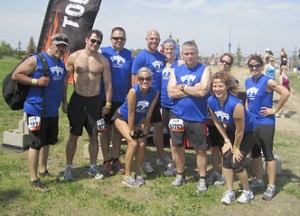 from Albert Lea to do just that plus more at the Tough Mudder event May 19 and May 20 in Minneapolis.

Tough Mudder is not like a normal fitness competition, but rather a 10- to 12-mile obstacle course designed by the British Special Forces. It is considered to be one of the toughest events on earth, and to the participants it is definitely that.

Villarreal trained some of the group members for the competition and three months before the event he decided he would also participate in it.

“It was something new for me,” Villarreal said. “I wanted to participate in it so I would know more about it for next year when more people decide to train for it.”

Susie Hulst, the sports and fitness director at the Albert Lea Family Y, also participated in Tough Mudder. She did not train specifically for it because she said she works out all the time anyway.

“If I wanted to perform faster and better, I would need to train more,” she said. “Overall I think it went well. I came out with no injuries, just a few cuts and scrapes. It was a good challenge. I would rather do an 11-mile obstacle course than run 11 miles.” 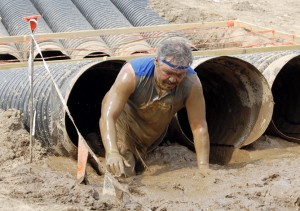 Bill Villarreal completes part of an obstacle during a Tough Mudder competition.

Chad Hacker didn’t specifically train for Tough Mudder either, but continued working out up until the event.

Hacker’s favorite obstacle was doing a long stretch of monkey bars over water, but if he had to pick a least favorite he said it would be the Electric Eel.

For the Electric Eel, participants had to crawl through mud with barbed wire above their head and over the barbed wire were electric shockers.

“When you got shocked, it hurt,” Hacker said.

Heather Benda was another participant with the Albert Lea Y group. She also said her least favorite obstacle was the Electric Eel. She trained for about four months for Tough Mudder and when it was time to compete she said she felt ready.

“I would recommend it to anyone who enjoys physical activity,” Benda said. “It was very rewarding when I finished it.”

Troy Irvine has been training with Villarreal at the Y and about three to four months ago he started training a lot harder for the Tough Mudder competition. Over the course of working out for two years he has lost 70 pounds and can tell the difference in how he feels.

“I have gotten into really good shape now and I feel like I was well prepared for it,” Irvine said. “It was the toughest thing I have ever done, but I enjoyed the challenge doing it.

The obstacles were physically demanding the entire time. Villarreal said you had to be in excellent physical shape to endure it. You had to deal with muscle fatigue, dehydration and injuries such as rolling your ankle. Villarreal rolled his ankle twice but did not give up.

“We ran for one mile, and then jumped into a container full of ice cubes that was up to my chest,” Villarreal said. “We had to swim across to a wooden wall and swim under the wall. We then swam across the other side, got out and ran another mile.”

The course was like running through a forest, Villarreal said. They had to climb over hay bales and then take off running and crawl in mud under barbed wire and take off running when they got out.

“We were covered in about 10 pounds of mud, but we had to run,” Villarreal said.

Jessica Bakken, another Albert Lea Y participant, said she does not like to get dirty, but had fun doing all of the obstacles even with all of the mud.

“The mud was really heavy,” Bakken said. “I was slipping and sliding in the mud and my shoes were full of mud. I couldn’t even wipe my face because my hands were so dirty.”

Bakken increased her training in December to prepare for Tough Mudder.

“It took a lot of training to get there, and it was definitely more cardio than I anticipated,” Bakken said.

Leading up to the competition, Villarreal spent a lot of time running on a treadmill, the track at the Y and around the lake to build his cardio endurance.

Although Tough Mudder had difficult obstacles throughout the course, all of the Albert Lea Y participants said they would do it again.

“As hard as it was, it was kind of fun,” Villarreal said. “Crossing the finish line was very rewarding.”