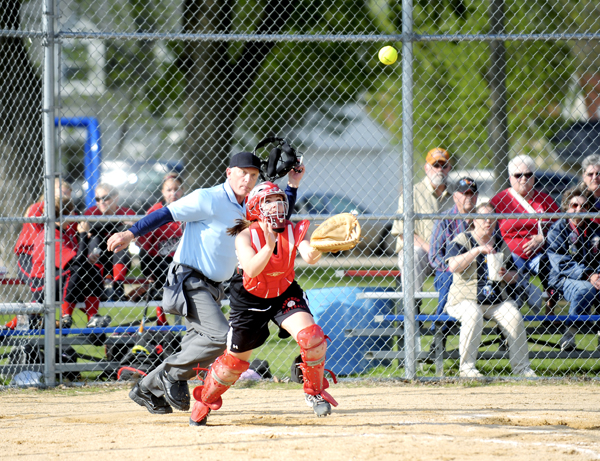 WELLS — It was a night for rivalry as the United South Central baseball and softball teams hosted New Richland-Hartland-Ellendale-Geneva on Tuesday. 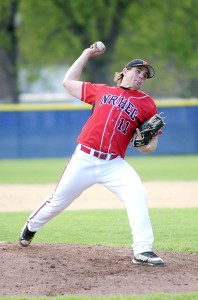 NRHEG baseball had a 4-0 lead after the third innng, but USC didn’t let it bother them.

Despite the home run, the Panthers still took home a 4-1 win.

The game was Panthers’ Sam Lundberg’s first game since April 9 due to a shoulder injury.

“He threw real well tonight,” Reese said. “It’s nice to have him back on the mound.”

USC baseball coach Pat Frank said he was proud of the way his team competed in the seventh inning.

“We competed hard and made the game close,” Frank said. “NRHEG is a good ball club. We play them again in a couple weeks and hopefully we can come out ready to play then too.” 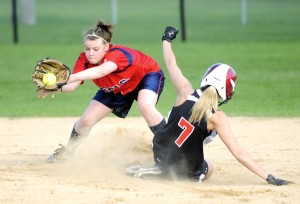 The game was close after the bottom of the fourth with the Panthers leading just 3-2.

It was short lived as the Panthers picked up four runs in the fifth for the win.

The Panthers and Rebels will face each other again on May 10 in New Richland.

The softball teams will play at 4:30 p.m. and the baseball game will start at 5 p.m. 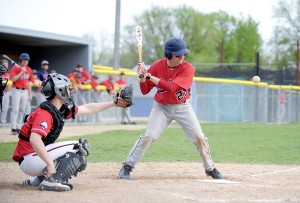 A ball is thrown to United South Central’s Trey Allis on Tuesday at a home game against the Panthers.