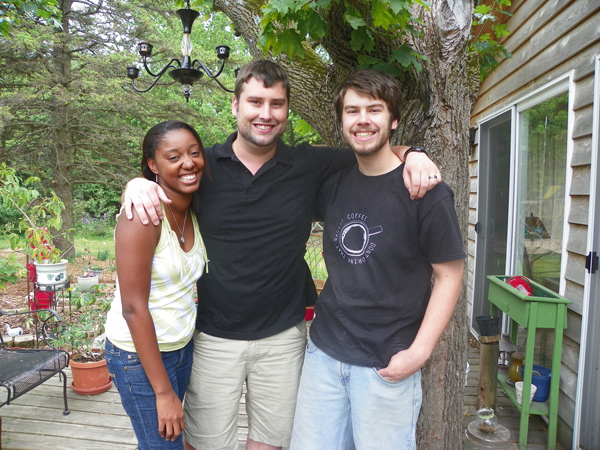 Planning a graduation open house can be stressful, but the Smith family of Clarks Grove has had a lot more to plan.

Dan and Amy Smith have prepared for their son Zachary’s high school graduation, their son Jordan’s wedding reception and their son Joshua’s graduation from medical school all at the same time. 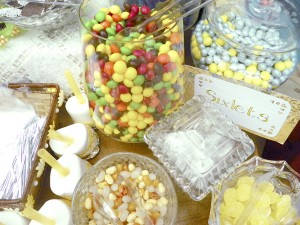 The Smiths planned to have a candy buffet bar at the open house with a wide variety of candy. -- Rebekah Dyvig/Albert Lea Tribune

“Planning ahead is really important,” Amy Smith said earlier this week. “I made up a list, and I am just checking everything off from that.”

The Smith family planned for around 200 guests because they decided to celebrate the three events in one, choosing to have the party from 3 to 11 p.m. Saturday to help accommodate for the people who had a long drive.

They invested a lot of time into the party, but have not let it be the only thing they have to worry about because they planned in advance.

Amy and her daughter, Amber, along with Joshua’s wife, Megan, made several flavors of filled cupcakes for the open house. They made cherry Coke, chocolate raspberry and key-lime cupcakes all with a delicious filling inside. To help reduce the workload of homemade cupcakes, they baked them ahead of time and froze them.

“You need to plan further ahead if you are making the cupcakes instead of buying them,” Amber said.

Amber also spent two evenings making homemade marshmallows for the party. She made a variety of gourmet-flavored ones. 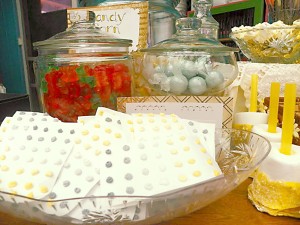 “I got a marshmallows book for my birthday, and no one else was making them for the party so I decided to. They are so simple to make and unique,” Amber said.

The Smiths also planned to have a candy buffet bar at their open house. Leading up to the open house, Amy had been collecting colorful candy that would look pretty in tall glass jars.

In addition to candy and other sweets, the Smiths served sandwiches and fruit and vegetable trays at the party.

“The best way to do the sandwiches is the day before,” Amber said.

Sandwiches at open houses are still the most popular graduation meal, according to Hy-Vee Kitchen manager Doug Herr.

The Smiths are very organized when it comes to open houses and really planned things out. The family froze bottles of water for the guests and planned to get them out the night before the party so they would have cold water without having to use several bags of ice.

The Smiths planned to set up tables outside for the party and have everything outside so there would be more room to socialize. 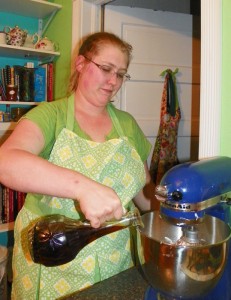 “People tend to congregate around food tables, so we set up enough tables with space around them so people can get around them easily,” Amber said.

The entire party was planned to be outside, but the Smiths had a backup plan for if the weather was not nice. They have cleaned out the garage and also have an adequate amount of porch space, too.

The entire Smith family has helped with cleaning up the yard and landscaping, but Amy said they normally landscape in the spring, so it was not added work. Amy said she normally would have all of the outside work done by now, but with the wedding earlier this month she has not had the time to work outside.

“Buying some perennials and planting them in some pots is an inexpensive way to make the outside of a house pretty,” Amber suggested.

This year there is a shortage of helium, so it is hard and expensive to find a bouquet of balloons for graduations. Celebrations Party & Gifts normally make balloon bouquets, but without helium they are finding alternatives for decorations.

One easy way to decorate for an open house is with napkins and tablecloths. Amber said using colorful tablecloths and napkins can decorate the tables without needing balloons and other table décor. The Smiths have set up tables with pictures of the boys who are graduating for guests to look at.

With the number of people using Facebook rising, it is becoming easier to send open house invitations. The Smiths sent most of their invitations through Facebook and email and sent some in the mail to some of their relatives who would like to keep the invitations and people who did not have computers.

Amber suggested open house invitations be sent out about two to three weeks in advance to give people a chance to plan on going before they have other plans for that day.

“Don’t worry if you run out of food,” Amber said. “If you make the party labor-intensive you won’t be able to enjoy it yourself. You will remember the memories not what stressed you out.”