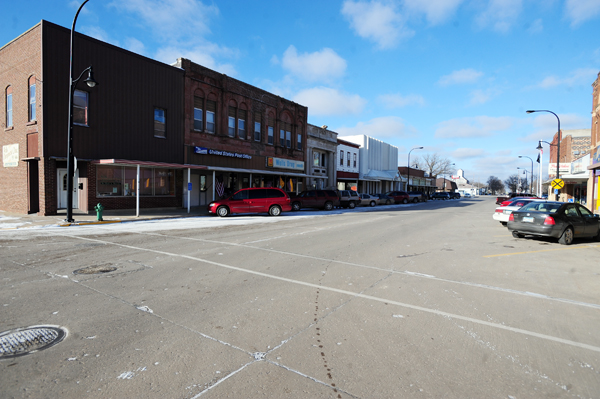 WELLS — When Albert Leans Kevin and Tami Weitzel looked at purchasing the Dairy Queen in Wells, they said they considered several factors.

Wells, Kevin said, is a self-sufficient community with its own school system and driving businesses throughout town. It has its own grocery store, and people from many surrounding smaller communities come through.

With those factors in mind, the Weitzels, who own the two

Korner Mart stores in Albert Lea, purchased the restaurant on Nov. 7 for an undisclosed price. The previous owners had operated it for 23 years.

So far, it’s proven a success.

Andrea Neubauer, executive director of the Wells Chamber of Commerce, said the fact that a longtime business changed owners — instead of closing — is an indication of a positive business climate in Wells.

She said there are a couple of other new business owners in town, and the storefronts in the downtown are full.

Add that in with having two state highways running through town, and she said the small city gets a lot of people from out of town stopping in.

On Dec. 19, longtime dentist Gary Hagen’s office was purchased by Midwest Dental out of Mondovi, Wis., with dentist Paul Carlson.

Hagen is retiring and Carlson recently graduated from the University of Iowa College of Dentistry in Iowa City, Iowa.

“We are very lucky that we have somebody here who could fill Dr. Hagen’s spot,” said Pat Stenzel, the receptionist at the business. “He’s doing a fantastic job.”

She said she and others in the community are happy to have a dentist in their community — something that’s not always the case in small towns.

Because they’ve been so busy, the business takes patients from a 15-mile radius, but eventually they’d like to open that up to people further away.

Jody Wegner, owner of the Wells estate sales business Aunt Pearl’s Attic, said most of the times she’s in town, she has to take “a loop or two” to find a parking spot.

She said her own business in the last year has been “exceptional,” noting that she has clients within an 80-mile radius, with the majority of her sales in 2011 coming from Wells.

Though a lot of her success has come because more people are looking for quality items at a reasonable cost, her business is also based largely on word of mouth.

Another major boost to the Wells business climate could come this year with the potential opening of Singleteary Food Solutions, a meat processor out of Garland, Texas, which has announced it will open in the former Wells Co-Pack processing plant.

Neubauer said according to the latest information she has heard, the company still plans on opening. The projection is to employ 200 to 250 employees after three or four years.

“I think we’re going to have a good year this year and hopefully Singleteary will get up and running,” she said.

In the meantime, people can expect to see a few changes at places such as the Dairy Queen and Midwest Dental, which are still transitioning under their new ownership.

The DQ Grill & Chill, as it is called now, will undergo a modernization still this winter, including updating the dining room and other amenities.

Stenzel reassured the dental patients that other than the new dentist at Midwest Dental, things will stay pretty much the same.

“All the employees are the same,” she said. “The only one who’s different is the dentist.”