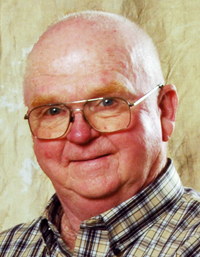 Funeral Services for Roger K. Hall, of Glenville, will be at 10 a.m. Wednesday at the First Lutheran Church in Glenville. The Rev. Jim Rushton will officiate. Interment will be Greenwood Cemetery, Glenville. Visitation will be from 5 to 8 p.m. today at Bonnerup Funeral Service, Albert Lea, and one hour before the service at the church.

He graduated from Glenville High School. Roger married Gloria Thofson on Aug. 20, 1961, and to this union three children were born: Chip, Ranger and Robin. Roger had served in the National Guard for six years. After completing his service to our country, Roger began working in the area hauling milk and then working as an electrician in Hayward. He later began farming and raised dairy as well, in addition he worked at Farmstead during this time.

Roger shared many years of companionship with Alice Gleason. They spent time together up north at Roger’s resort “The Whitefish Family Resort.” They shared many happy years together and the resort was always a place for family to gather especially on Memorial Day and Labor Day.

“Snap” and “Ginger” his pet friends, were always at his side.

After a courageous battle with pancreatic cancer, Roger died peacefully at his home on Sunday morning, May 20, 2012. He was 70.

He was preceded in death by his parents Elmer and Alice Hall; his brother Jerry Hall, infant grandson John Haines; and long time companion Alice Gleason.