The Mills to expand 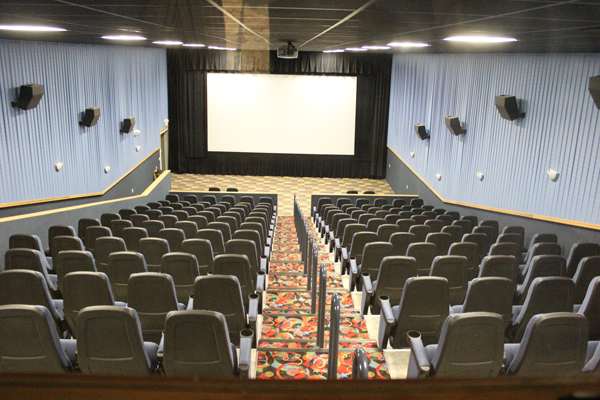 The Mills Theater in Lake Mills, Iowa, currently has one screen, but by fall there will be a second screen. -- Kelli Lageson/Albert Lea Tribune

LAKE MILLS, Iowa — Not only is this community’s theater switching to digital film, it’s adding a second screen to serve more of the community. 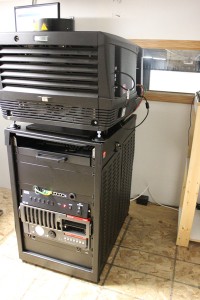 Shown is the digital projector that was installed last week at The Mills Theater in Lake Mills, Iowa.

The Mills Theater, which opened in July of 2008, seats 200 in its current venue. A second screen is under construction, which will seat 90. Scott Helgeson, board chairman for Lake Mills Entertainment, said the nonprofit organization that runs the cinema has been working to create a vibrant theater since it opened and adding another screen is just a part of that.

“We can have more variety for the theater with another screen,” Helgeson said.

Since the nonprofit owns five buildings that are next door to each other on West Main Street, it was easy to just knock out some doorways and start building the second screen next door to the existing one.

The theater features second-run movies, which Helgeson said is because they’re cheaper so they can keep tickets prices competitive. The board was informed a few years ago that it would need to change over to digital projectors in late 2012, but a few weeks ago Helgeson received a call and was told that they should make the changeover as soon as possible. Because they get their movies from first-run theaters and because so many theaters have switched to digital, there soon won’t be many theaters to get film movies from. 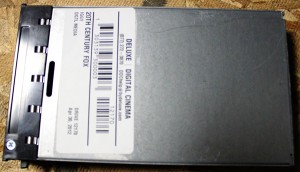 Shown is a digital movie, which is inserted into the digital projector. The small box is around the size of a VCR tape, which is much smaller than the large reels of 35mm film previously used.

Both screens will have digital projectors, and the second one already is purchased, though the screen isn’t fully done. Most of the area is built, but Helgeson said the board is hoping to receive a donation for the cost of the seats. He and other board and community members have been doing the actual construction and physical labor for building the second screen.

“We’re hoping to open this fall sometime,” Helgeson said. “If we get the seats we could be done in a few months.” 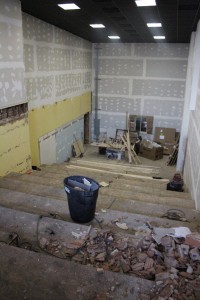 Currently under construction, the area right next door to the current theater will house the second screen.

Helgeson said local organizations and community members have donated to The Mills Theater, which helped it get started and are helping it stay alive. Donations also helped update the theater’s marquee to a digital sign and work was completed in 2011.

Currently under construction, the area right next door to the current theater will house the second screen.

Money received from ticket prices goes to paying small loans the theater has taken out, paying to play movies and just to keep the theater running, Helgeson said. He also said any extra money the nonprofit has goes to the local school, other nonprofits and the community in general.

The ticket stand is run by volunteers and two part-time workers run the concession stand. There are showings each day at 7 p.m., with an added showing at 3 p.m. on Sundays. Tickets are $4 for adults, $3 for ages 18 and younger and free for children age 3 and under. New movies come out on Fridays; tonight’s feature is “The Lucky One,” and “The Pirates!” starts Friday. 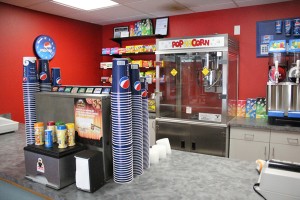 Shown is the concession stand at The Mills Theater. Arguably it has low prices compared to larger theaters, with popcorn for $1, $2 and $3 for small, medium and large, respectively.

When: Showtimes are 7 p.m. every day, with a 3 p.m. showing each Sunday

How much: $4 for adults, $3 for high school-age children and younger and free for children under age 3

What’s playing: “The Lucky One” plays tonight, then Friday starts a new showing: “The Pirates!”