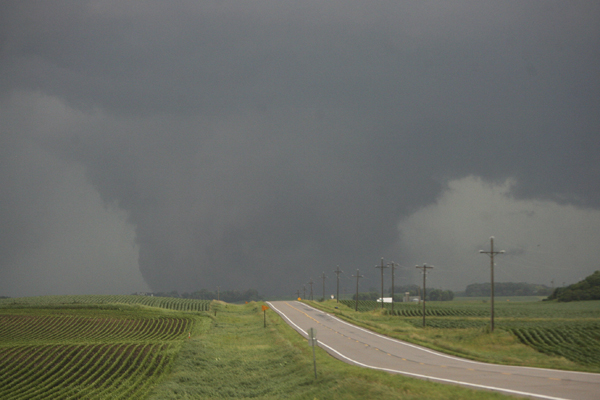 A large funnel cloud touches down west of Albert Lea on the evening of June 17, 2010. The tornado was traveling northeast. Several tornadoes were reported in southern Minnesota and northern Iowa that evening. -- Arian Schuessler/Mason City Globe-Gazette

Though no one can predict exactly when a tornado will strike, there are many things people can do to be prepared for one.

Chris Avery, emergency services coordinator with the Freeborn County chapter of the American Red Cross, said people can gather items ahead of time to have on hand. 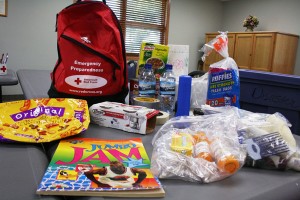 The Freeborn County chapter of the American Red Cross suggests people have several items on hand in case of an emergency, including easy-to-open food, flashlights, trash bags, among other items.

Items would include a flashlight, batteries, a first aid kit, nonperishable food items, a few tools and some toiletries. People should also be able to grab their medications, anything necessary for their pets, important family documents, insurance information and some reading material.

One of the most helpful items to have is a crank radio.

All of these items can be kept in a tote or bag.

If people are in a car, they should stop immediately and run to a shelter. The same is true for mobile homes — people should leave immediately and take shelter elsewhere.

“That could mean lying flat in a ditch or finding a sturdy building to get into,” she said.

She encouraged people not to come out of that area until receiving the “all clear” sign. 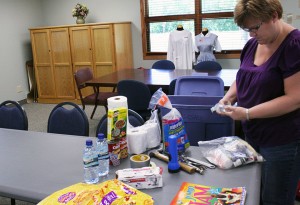 The Freeborn County chapter of the American Red Cross suggests people have several items on hand in case of an emergency, including easy-to-open food, flashlights, trash bags, among other items.

If people are in an instance where the whole family isn’t together, they should set up a meeting place where the family can go after the storm has cleared — especially if phone lines are down.

Avery said tornadoes are not always visible from a distance and can sometimes be hidden by rain, as in the recent tornado in Kiester that was surrounded by a wall of rain.

One thing the local Red Cross chapter is doing to prepare for tornado season is recruit more volunteers.

“We’re encouraging people to come and be able to help us in the times of disaster,” Avery said. “With the few disaster volunteers we have it’s hard to meet the needs of everyone during large disasters.”

She said the goal is to have more than 100 volunteers.

An informational meeting has been set up on May 22 and 31 from 6:30 to 7:30 p.m. for people interested in becoming a volunteer.

The meetings will be at the Freeborn County chapter building, 1608 W. Fountain St.

Once people attend one of those meetings they will fill out a volunteer application, go through a background check and then receive Red Cross training. Some training is held locally; others are in other parts of the region.

Avery said people love being able to give back to their community.

“Most of the time the first thing they say is I love the feeling of being able to help somebody,” she said. “They want to be there to help people in need in times of disaster.”

The organization is looking for volunteers from across Freeborn County.