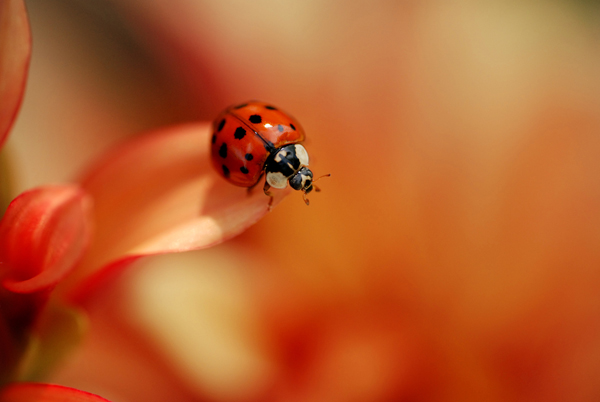 This photo of a ladybug is one of three photos taken by Alden resident Darcy Sime that were featured in “Capture Minnesota,” published by Twin Cities Public Television. Sime said the photo was taken in 2009 in her garden. -- Darcy Sime

ALDEN — An Alden woman is being recognized as one of Minnesota’s best photographers after three of her photographs were published in a new book. 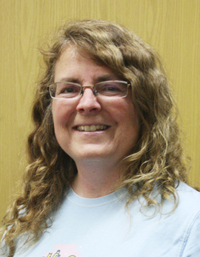 Called “Capture Minnesota,” the book was sponsored by Twin Cities Public Television. It explores the state through photographs.

Darcy Sime said out of almost 96,000 photographs entered by 3,800 photographers, about 400 photos were published. She had three photos included.

One photo captured her dog, Spirit, at sunset; one featured a blue jay on a winter day, and the third was a closeup of a ladybug in her garden.

“I like to capture little things that people don’t really notice — the things people walk by all the time,” Sime said.

For the book, people could submit photos online, and then the general public could vote for their favorites. 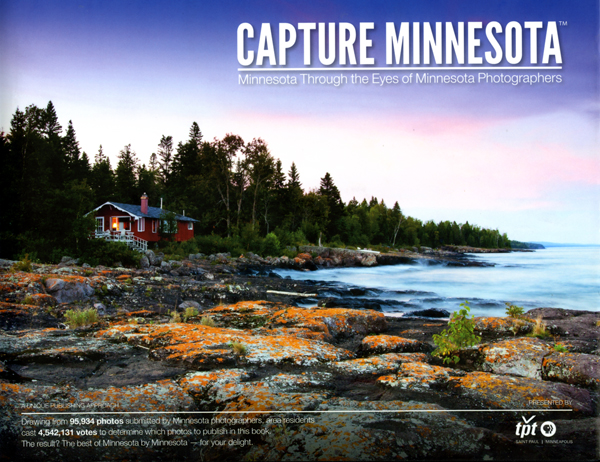 Sime, awarded Photographer of the Year by the local Lens & Shutter Club, has also been featured in the Minneapolis Star Tribune.

She said she was about 12 years old when she first starting taking pictures.

When she first was married and had children — husband, Dave, sons Matt and Joshua — she stopped taking photos, but she started it up again when her children were older. They are now grown. She works at the Target store in Austin. Dave is the superintendent at Oak View Golf Course south of Freeborn.

She uses a Nikon D7000 and mainly photographs nature and wildlife.

“My camera goes with me everywhere,” Sime said. “I do try to make an attempt every day to take some photos and improve my skills.

“It also gets me out in nature, too, which is important to me.”

She said she enjoys taking photos on walks in Alden, at Myre-Big Island State Park, along the Blazing Star Trail and at Arrowhead Point County Park by Freeborn Lake.