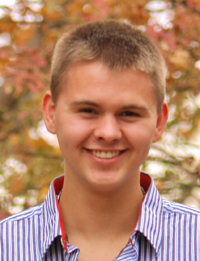 Ebert is an 18-year-old who graduated from college on May 11 with his associate degree and on June 1 received his high school diploma. When he was a sophomore, Ebert decided to attend Riverland Community College to check out a program called Post-Secondary Enrollment Option. He signed up and attended the following year.

“I couldn’t pass up the opportunity to have two of my college years paid for,” Ebert said.

Ebert said that PSEO has helped him for his future more than he believes four years of high school would have. He now feels exposed to the college environment and is looking forward to attending Emmaus Bible College in Dubuque, Iowa, this fall to pursue youth ministry. He plans on spending two years on campus taking classes beyond the general-education classes he has already taken and then doing a youth ministry internship for a year.

Some of his classes from the past two years included: English, earth science, human biology, chemistry, pop culture, religions of the world, introduction to art and introduction to photography. Although class times were preset, Ebert especially liked that he got to choose which ones he took. 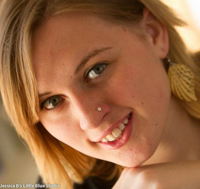 “The biggest reward was being able to walk the stage for college graduation before the high school one,” Ebert said. “It was also nice to be exposed to a non-Biblical college setting, to kind of see both sides of the tracks.”

Walking the stage next to him was Megan Wicklace, who also graduated with her associate’s degree on May 11, three weeks before the rest of her classmates and friends walked across the stage at the high school.

“It feels totally different walking into the high school than it did before,” Wicklace said.

But missing out on some high school experiences was more than worth it for Wicklace. She was provided with two free years of schooling out of eight needed for a doctorate of veterinary medicine.

“The more I get done, the better,” Wicklace said.

Next year Wicklace will move to Minneapolis and enter the University of Minnesota as a junior. Her favorite classes she took at Riverland to get her degree were social problems, psychology and chemistry. She attended classes three days a week, two to three hours day and a five-hour class once a week.

Spring semester enrollment remains available, with a deadline. Albert Lea High School and Riverland Community College share a campus, which makes commuting between the two sites convenient for students. The program allows students to earn college credits for no cost. PSEO assignments are more spread out than high school, giving students for free time. Wicklace used that time to pick up extra hours at work.