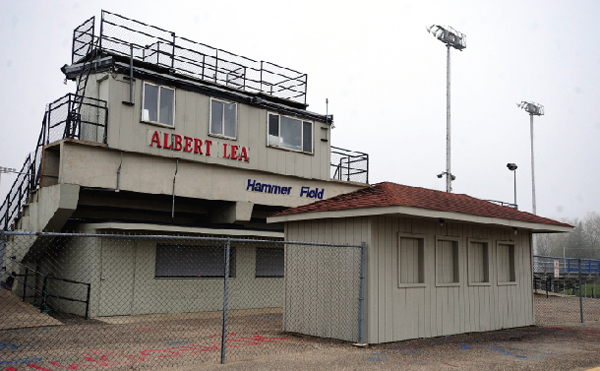 The current ticket booth and entrance of Hammer Field, which will be renamed Jim Gustafson Field this fall.

Historic Hammer Field will have a new name thanks to some Albert Lea High School alumni who want to honor a former football coach.

The Albert Lea school board approved renaming the football field Jim Gustafson Field at its Monday meeting. The Hammer name will live on, though, as they’re calling the entire area Hammer Complex. 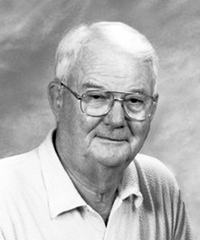 Rich Oliphant presented to the board Monday the number of pledges he and other former teammates have raised to rename the field and erect new brick ticket booths. So far they’ve raised more than $50,000 and have about $20,000 more in pledged dollars. The group has sold bricks that can be inscribed with a name or business.

The one concern board members had was the donation the group would like to give to the football team. Because of regulations from the Minnesota State High School League, funding to boys’ and girls’ programs has to be equal. If the group were to donate $50,000 to the football team, a number they suggested, the school district would have to put $50,000 to a girls’ activity.

Superintendent Mike Funk said that will have to be looked at by administration. The measure was approved.

The committee working on raising funds hopes to dedicate the new name on Aug. 30, during halftime when the Tigers play Waseca. Gustafson began coaching the Tigers in 1956 and led Albert Lea to five Big Nine Conference championships and three state titles between 1968-1971. Gustafson, who was an inaugural member of the Albert Lea Athletic Hall of Fame, coached the Tigers to 101 victories during his career.

• Heard from Funk that the district’s summer meal program was going well. About 80 students on average per day are getting a lunch or breakfast at ALHS and about 70 per day at Halverson Elementary School. Lori Volz, director of finance and operations, said she hopes more students under 18 take advantage of the free program but that she’s glad so many children are using it already.

A rendering of the entrance of Jim Gustafson Field is pictured above.

• Heard from Volz about the 2012-13 budget. Volz said it’s mostly balanced, and that the school is projecting a basically flat enrollment, with just nine new students expected.

• Heard a long-term capital facilities plan by the district’s facilities director, Steve Anderson. The report showed that the school will continue with its scheduled heating and ventilation projects, as well as masonry and roof work. Long-term goals include possibly resurfacing school parking lots and parks as well as possibly new windows in some buildings.